Indie title Karma. Incarnation 1 has been officially released in the Google Play Store. The multi-award winning point-and-click adventure game was first launched on Steam last year and has since received plenty of critical acclaim. It made its way to Android just yesterday, with an iOS version also coming soon.

Similar to the likes of Machinarium, Karma. Incarnation 1 doesn’t feature any text-based dialog or information, rather, it’s more like a picture-book, with the images telling the story.

Speaking of which, Karma. Incarnation 1 concerns two lovers who are separated by evil spirits. The protagonist, in order to pursue his companion, tries to reincarnate himself as a dragon but is actually reborn as a worm called Pip. It’s Pip who you control as you try to find your way back to your love, meeting wacky characters and solving puzzles along the way.

Karma. Incarnation 1’s visuals look quite outstanding. It features hand-drawn, cel-shaded graphics and the smart use of color supports the mind-bending, psychedelic style. Check out the trailer for it below: 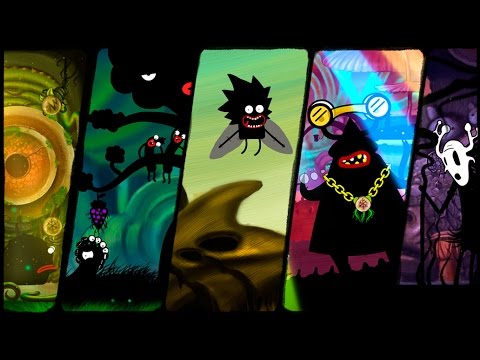 Though it certainly seems Karma. Incarnation 1 won’t be for everyone, fans of Amanita Design‘s titles should feel right at home with it.

You can download it via the link below and play through the first few levels for free, after which you’ll have to pay $2.99 to unlock the full title (the same price as on Steam). If you check it out, give us your thoughts on it in the comments.

Download Karma. Incarnation 1
Get the latest tips & apps for your Smartphone