Keitai: How to replace your iPhone 5 battery for free 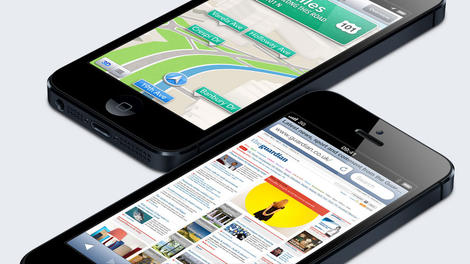 How to replace your iPhone 5 battery for free

Quite a specific guide this week for those who are having battery woes on the iPhone 5, rejoice, there may be a solution. Plus we visit all the normal stops on the Keitai express including Winston, the scary press shot and of course the retro video of the week.

How to replace your iPhone 5 battery for free

There was a little issue with the iPhone 5 that meant certain handsets had weaker batteries that died off quicker than other handsets.

Apple acted to make up for it and offered free replacement batteries and that's still going on right now. It's only for a limited time though, if you're eligible you've only got until January 2016 to switch it out.

Here are the steps to make sure your phone is eligible and how to replace it.

First up we need to make sure your phone is eligible. You need to have bought the phone between September 2012 and January 2013 – Apple will know this from what serial number your phone has. Your phone also has to be in working order and have battery issues - Apple is bound to check this out beforehand in the testing process.

To make sure you're eligible you can enter your serial number into the box on this site. To find your code you should press Settings > General > About and then look for the devices serial number which you can copy and paste.

The next step is to book up an appointment at the genius bar. Then you'll be ready for them to check your phone is eligible and get on with the process.

Now it's time to prepare the phone for your appointment. They're going to need it cleared so back up all your data to iCloud and then turn off Find my iPhone. From there you can delete everything on the phone – don't worry, you've backed it up – so press Settings > General > Reset and Erase all Content and Settings.

That gives the Apple store a fresh canvas to work with.

The last step is to remember although the service is usually free they may need your phone to be in tip top shape to continue. Therefore they may need to do some repairs if say, your screen is cracked. That means it could end up costing you a little to replace the battery – but Apple will tell you that before they go through with the repairs.

It's not easy being a unicorn

It had been over a week since Winston learned the sad news he was dying. He hadn't come to terms with it yet. The panther that explained to him and his newly improved body had soon headed off on holiday without explaining much more than the simple facts.

He'd sat on his own, in silence for the whole 168 hours and contemplated his situation. Winston had been given six months to live after the surgery went wrong and it was difficult to take.

What would he do with his last few months? Would he even see the release of the long rumoured Android based BlackBerry handset? Had he wasted his time on earth by chasing after smartphones?

Of course he hadn't… what else was there for a smartphone obsessed unicorn to do on this planet? But the doubts still ran through his mind.

The most active Winston had been in his recovery time was the odd game of table football with the armadillo he'd made friends with on his first day on the ward.

His muscles were almost back to normal now and it was nearly time to leave. But Winston didn't want to go anywhere without learning more about his illness. Where was the panther? He didn't even know the doctor's name.

He decided it was time to talk again, he must find out when the panther would return. He headed toward the desk and spoke to a lovely mole nurse behind the counter.

"Erm...I don't know how to break this to you sir...but the only panther who has ever worked in this hospital died..."

You know those little crosses at the end of text messages? Turns out they're not kisses to everybody…

Scary press shot of the week

It's a little like Phone Booth…but it's with a mobile phone, and the weather is much darker and wetter. The title is Find Me and it stars the one and only Leonardo DiCaprio. It's not really that scary actually, just a little drizzly.

Retro video of the week

The ad above is a strange tactic. Point out the fact using a smartphone will mean you disconnect with those around you… but then try and sell you one of those phones.

By the end of it no-one wants to go out and buy a phone even if it is "designed to get you in, and out, and back to life."

Proper stuff from the site