Kids who enjoy riddles, mysteries and adventure are sure to love the 100 Cupboards series by N.D. Wilson.

Twelve-year-old Henry York wakes up one night to find bits of plaster in his hair. Two knobs have broken through the wall above his bed and one of them is slowly turning . . .

Henry scrapes the plaster off the wall and discovers cupboards of all different sizes and shapes. Through one he can hear the sound of falling rain. Through another he sees a glowing room–with a man pacing back and forth! Henry soon understands that these are not just cupboards, but portals to other worlds.

100 Cupboards is the first book of a new fantasy adventure, written in the best world-hopping tradition and reinvented in N. D. Wilson’s inimitable style. 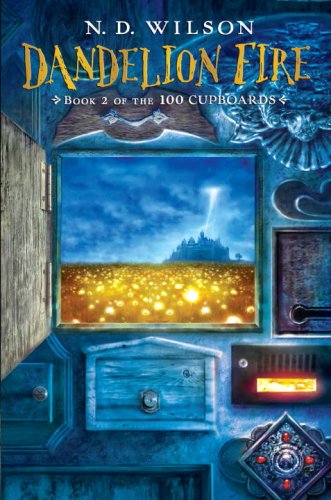 Henry York never dreamed his time in Kansas would open a door to adventure—much less a hundred doors.

But a visit to his aunt and uncle’s farm took an amazing turn when cupboard doors, hidden behind Henry’s bedroom wall, revealed themselves to be portals to other worlds.

Now, with his time at the farm drawing to a close, Henry makes a bold decision—he must go through the cupboards to find the truth about where he’s from and who his parents are. Following that trail will take him from one world to another, and ultimately into direct conflict with the evil of Endor. 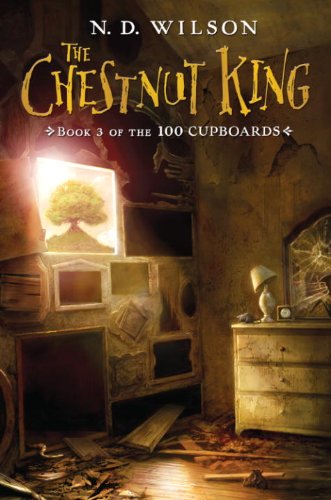 When Henry York found 99 cupboards hidden behind his bedroom wall, he never dreamed they were doors to entirely new worlds!

Unfortunately, Henry’s discovery freed an ancient, undying witch, whose hunger for power would destroy every world connected to the cupboards—and every person whom Henry loves.

Henry must seek out the legendary Chestnut King for help. Everything has a price, however, and the Chestnut King’s desire may be as dangerous as the witch herself.