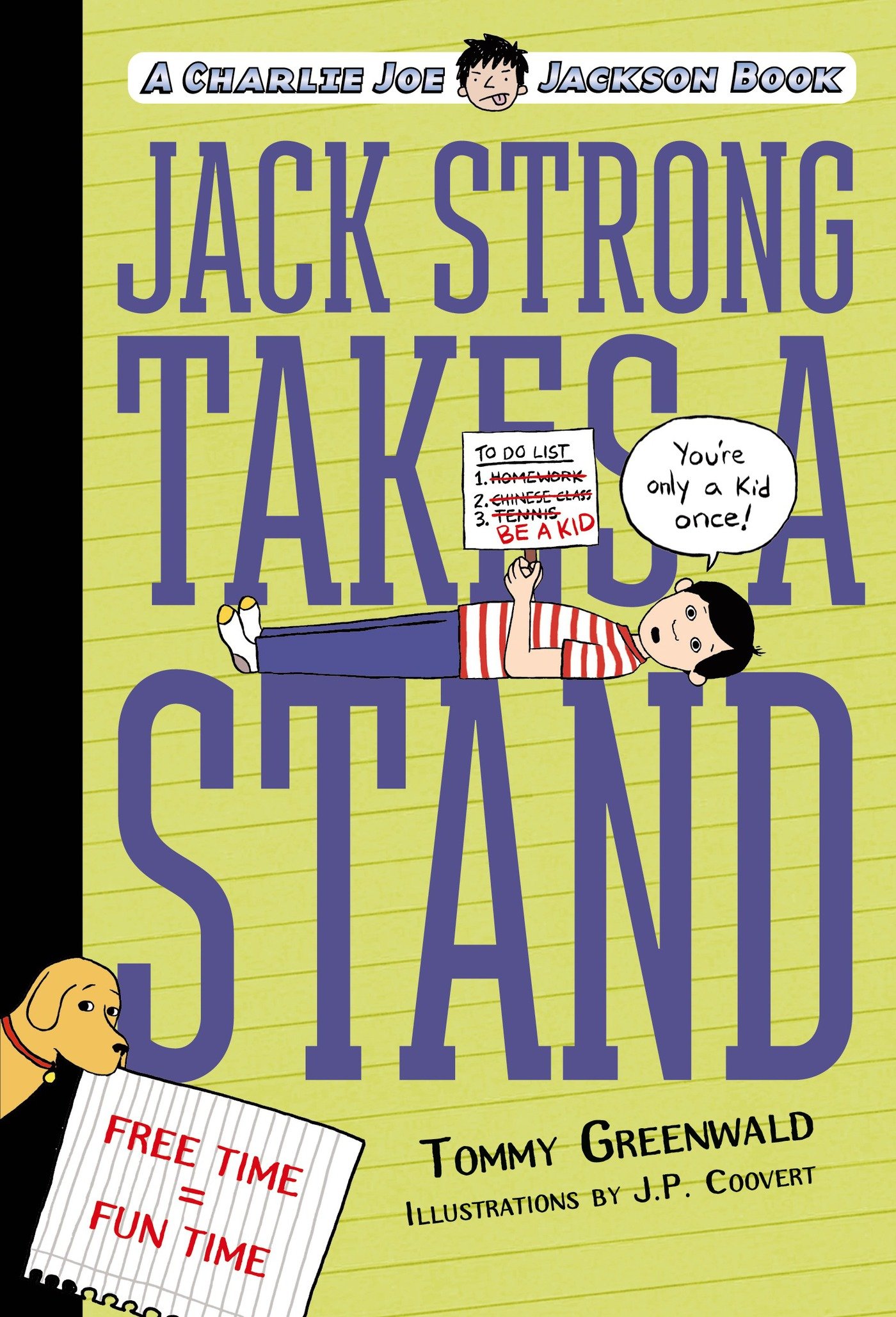 Technology and over-scheduling are things most tweens can relate to nowadays, and Charlie Joe Jackson series author Tommy Greenwald knows it! Here are the books he’s written to address the problems of today’s tween, with protagonists kids can identify with and plenty of humor.

Jack Strong just wants to be a regular kid. But his parents have overscheduled his week with every extracurricular activity under the sun: tennis, baseball, cello, karate, tutoring, and Chinese language lessons–all on top of regular homework. His parents want him to be “well-rounded” and prepared for those crucial college applications.

Jack’s just about had enough.

And so, in Jack Strong Takes a Stand by Tommy Greenwald, he stages a sit-in on his couch and refuses to get up until his parents let him quit some of the extracurriculars. As Jack’s protest gains momentum, he attracts a local television host who is interested in doing a segment about him. Tensions rise as counter-protesters camp out across the street from Jack and his couch. Jack’s enjoying this newfound attention, but he’s worried that this sit-in may have gone too far. 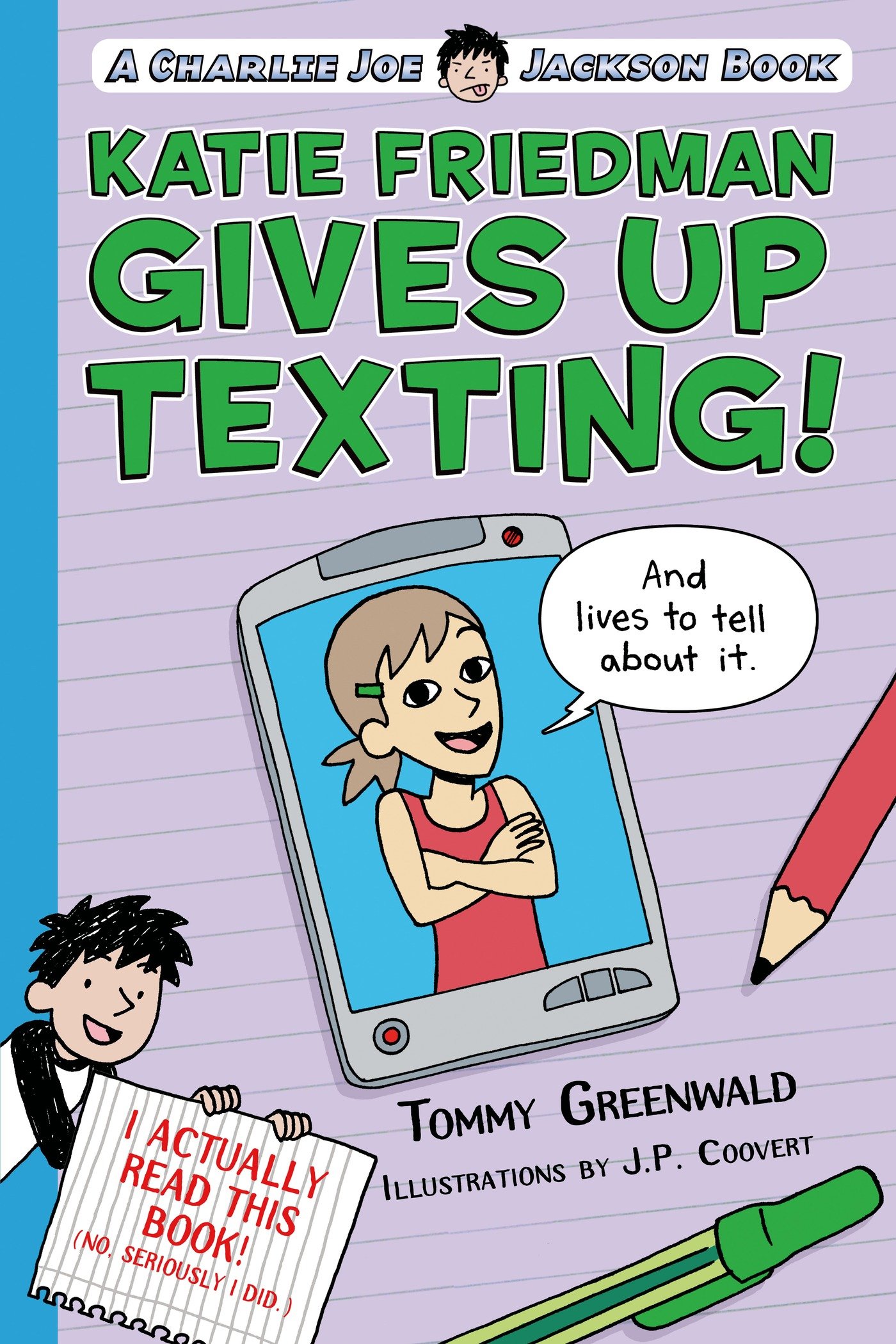 When a text goes wrong, Katie Friedman learns the hard way that sometimes you need to disconnect to connect.

Here are a few things you need to know about Katie Friedman:
1. Katie is swearing off phones for life! (No, seriously. She just sent the wrong text to the wrong person!)
2. She wants to break up with her boyfriend. (Until, that is, he surprises her with front row tickets to her favorite band, Plain Jane. Now what!?)
3. She wants to be a rock star (It’s true. She has a band and everything.)
4. Her best friend is Charlie Joe Jackson. (Yeah, you know the guy.)5. And most importantly, Katie’s been offered the deal of a lifetime–get ten of her friends to give up their phones for one week and everyone can have backstage passes to Plain Jane. (A whole week!? Is that even possible?)