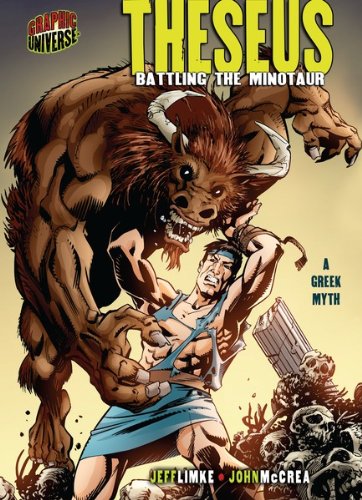 The Graphic Myths and Legends series of comic books retell ancient sagas of heroes, gods and monsters in the form of exciting, accessible comic books kids aged 9 and up will love. There series includes such titles as:

Raised by his mother and tutor, young Theseus finally learns the truth of his birth: he is the son of King Aegeus, ruler of Athens.

Armed with his father’s shield, he sets out to claim his birthright and face his greatest challenge—the Minotaur, a savage beast who is half-man, half-bull.

To defeat the Minotaur, Theseus must enter the Labyrinth, a bewildering maze from which no one has ever escaped alive. Will Theseus succeed in his quest? Or will he suffer the fate of the Minotaur’s many other victims? 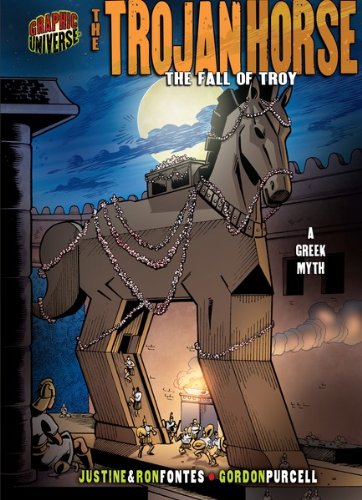 For ten years, the battle raged.

Thousands of ancient Greece’s best warriors battled their enemies, the Trojans, in a desperate attempt to win back King Meneleus’s beautiful wife, Helen.

After a decade of fighting and thousands dead, the Greek forces suddenly fell back.

Cautiously the Trojans ventured out of the city walls, where they discovered a giant wooden horse and a messenger. Should they accept this peace offering? Or is the gift horse too good to be true? 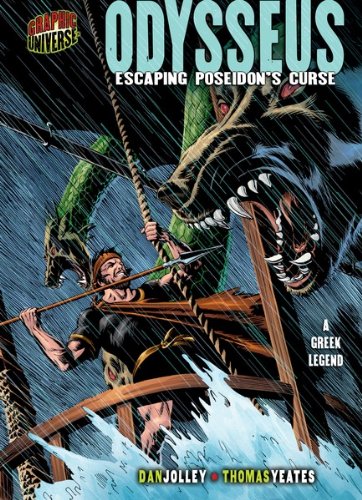 After finally winning the decade-long war against the Trojans, Odysseus, captain of the Greek Army, only has to guide his men back home, across the sea.

Yet the journey will prove just as perilous as the battles they have just won, as they encounter the monstrous, man-eating Cyclops, the irresistible song of the siren, and the wrath of an angry Poseidon, god of the sea.

Are he and his men destined to die at sea?

Or can Odysseus’s cunning, strength, and courage bring them safely home? 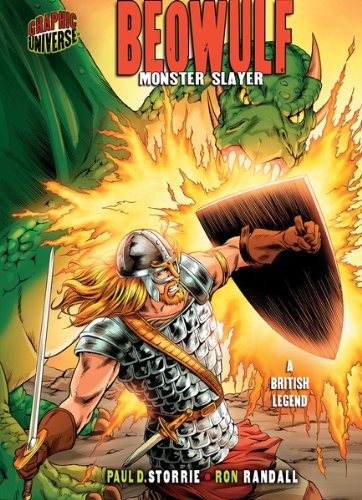 Beowulf is a brave and mighty warrior, known to have the strength of thirty men.

At home in Geatland, Beowulf hears about the terrible troubles of his father’s friend, Hrothgar, the king of the Danes. Hrothgar’s land is plagued by Grendel, a vicious monster who attacks the Danes by night.

Beowulf sets sail to aid Hrothgar and the Danes. But is Beowulf strong enough to slay the monstrous Grendel? And even if he succeeds, what other dangers lie ahead for the warrior-hero?