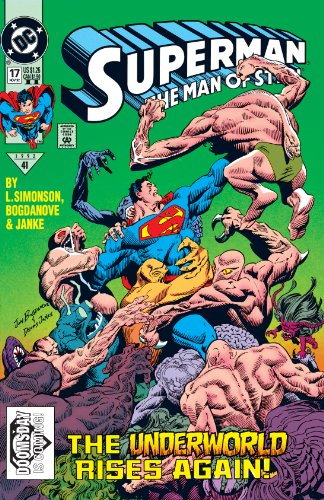 Right now Amazon’s running a sale on single-issue Superman comics: just 99 cents each! The sale includes such titles as:

Superman: The Man of Steel #17 (no reviews yet)

Superman faces off against the Underworlders.

However, he has no idea that a new threat, one greater than any he’s ever faced before, is about to arise!

“Death of Superman” Part One!

Note: the entire Death of Superman series is included in this sale. 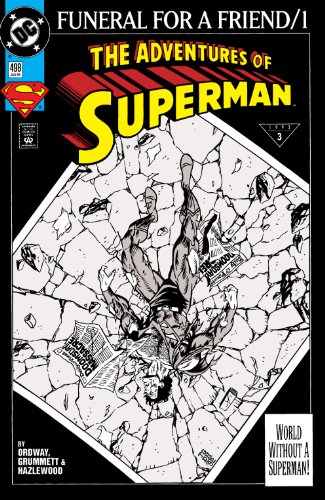 The DC Universe goes into mourning as the Man of Steel is pronounced dead and all of Metropolis prepares for life without Superman.

Note: the entire Funeral For A Friend series is included in this sale. 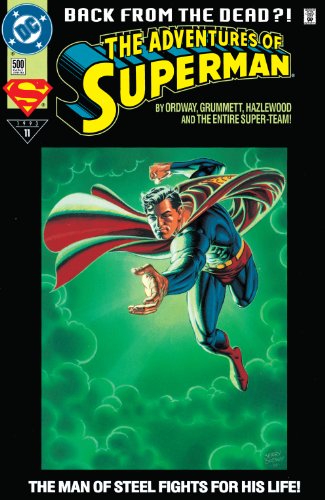 Back on Earth, life without Superman doesn’t get any easier for Superman’s old allies Bibbo and Gangbuster, or his mother, who’s now lost a son and her husband. Pa follows Superman into the afterlife. Will he be able to get to his son and bring him back to life, or will he be held back by his past? Meanwhile, four new heroes show up in Metropolis–could one of them be Superman reincarnated?

Note: the entire Reign of the Superman series is included in this sale.