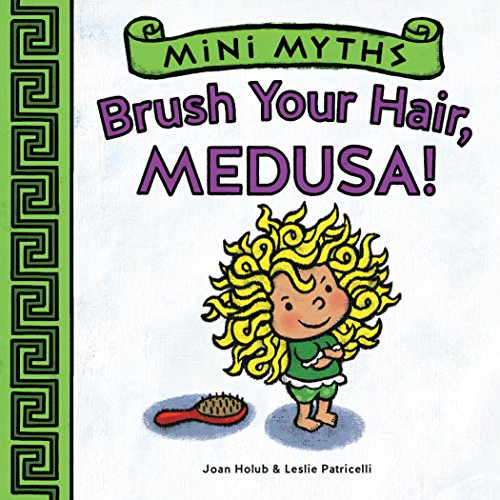 Toddlers aged 1-3 can learn lessons in good behavior from the adorable Mini Myths series of books. The series employs toddler versions of mythical heroes and villains in the starring role of each book and relates each myth to a common toddler behavior issue.

Medusa refuses to care for her hair, her long locks getting knottier and dirtier with each passing page.

Her hair rebellion elicits frozen expressions of shock from her family, but nothing will convince Medusa to brush. Only her hairdresser approaches Medusa with bravery and a blade, successfully solving the problem . . . with a short haircut!

All are pleased with this drastic yet adorable solution. Leslie Patricelli’s depictions of this physical comedy bring a lively visual narrative to Joan Holub’s expertly focused text.

Includes a summary of the original Medusa’s Wild Hair myth at the end. 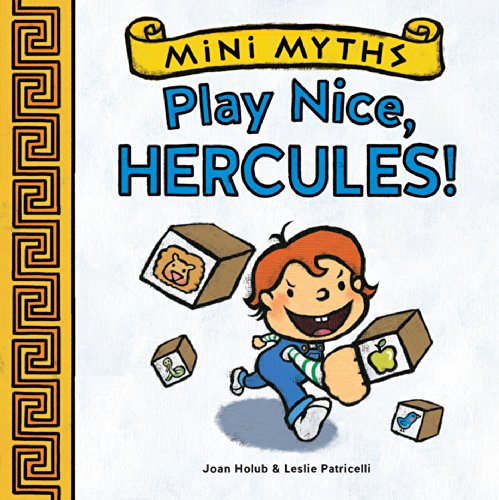 Hercules is not as interested in “playing nice” as he is in playing strong!

But when one feat of strength destroys his little sister’s 12-piece tower, he must use his powers for good to restore the tower and seek her forgiveness. She forgives him indeed, and then shows her own strength by gleefully knocking down the stacked blocks herself!

Includes a summary of the original Hercules’s Twelve Labors myth at the end. 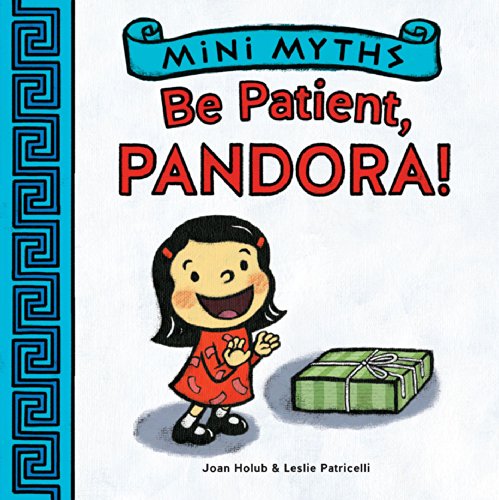 When Pandora is warned by her mother not to open a box, her spirited curiosity trumps her obedience.

Pandora harmlessly touches the box, innocently leans on the box, and eventually, albeit accidentally, bursts the box open!

The cupcakes that were hidden inside are ruined, except for one last vestige, which Pandora presents in the hope that her mother still loves her.

Includes a summary of the original Pandora’s Box myth at the end. 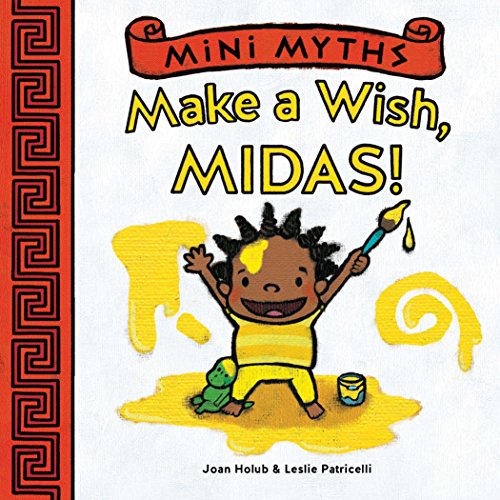 Midas wants everything to be his favorite color—–yellow!

He chooses yellow clothes, eats yellow foods, and uses only the yellow paint at his easel.

But when he impulsively paints his beloved green Dinoboo, Midas discovers that too much of a good thing is a big mess!

Includes a summary of the original Midas’s Wish myth at the end.

Tech Tip of the Week: Simple Utility To Keep Microsoft From Sneaking Windows 10 Onto Your Machine