Kids on Fire: Tweens Cheer For The Farworld Fantasy Series 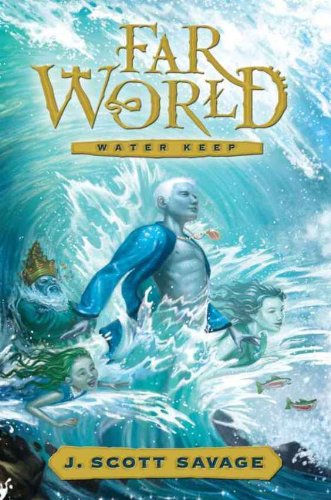 One seventh grade teacher has this to say about the Farworld series:

I’m currently reading Farworld: Water Keep to my 7th grade classes—all 100 students—and every day kids come to class asking, “Are you going to read Farworld to us today?” On the days I say “Yes” a great cheer goes through the room. On the days I say “No” they try to convince me that we really need to read the book and forget whatever else we were supposed to be doing. Rarely have I seen a book captivate so many kids all at the same time. Bravo to J. Scott Savage for bringing this story to life.

“Fantastic! In Farworld, everyone can perform magic — everyone but Kyja, that is. The mysterious reason why is as fantastic and inventive as the terrific adventure that follows. I loved it!” — Dean Lorey, author of Nightmare Academy

Other people may see thirteen-year-old Marcus Kanenas as an outcast and a nobody, but he sees himself as a survivor and a dreamer. In fact, his favorite dream is of a world far away, a world where magic is as common as air, where animals tell jokes and trees beg people to pick their fruit. He even has a name for this place — Farworld.

When Marcus magically travels to Farworld, he meets Kyja, a girl without magic in a world where spells, charms, and potions are everywhere, and Master Therapass, a master wizard who has kept a secret hidden for thirteen years, a secret that could change the fate of two worlds.

But the Dark Circle has learned of Master Therapass’s secret and their evil influence and power are growing. Farworld’s only hope is for Marcus and Kyja to find the mythical Elementals —water, land, air and fire —and convince them to open a drift between the worlds.

As Kyja and Marcus travel to Water Keep, they must face the worst the evil Dark Circle can throw at them —Summoners, who can command the living and the dead; Unmakers, invisible creatures that can destroy both body and soul; and dark mages known as Thrathkin S’Bae.

Along the way, Marcus and Kyja will discover the truth about their own heritage, the strength of their friendship, and the depths of their unique powers. 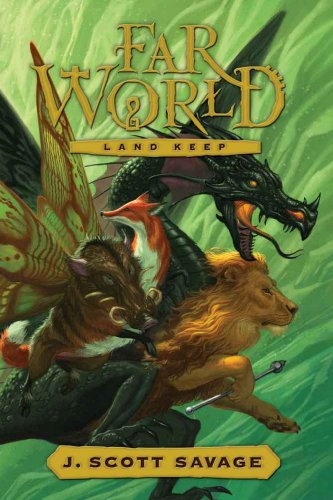 Four mythical Elementals— Water, Land, Air, and Fire— have the power to save two worlds, Earth and Farworld, from a common enemy: the Dark Circle. In book one, Water Keep, a portal has been opened between the two worlds, allowing Marcus, from Earth, and Kyja, from Farworld, to combine their unique gifts and begin their epic quest to find the Elementals.

In book two, Land Keep, Marcus and Kyja travel with Cascade, a Water Elemental, toward Land Keep, the home of the powerful and wise Land Elementals. However, their journey may end before it even begins. Land Keep is empty, deserted for at least a thousand years, and the rumor is that the creatures who once controlled all land magic are extinct. Marcus and Kyja’s only hope seems to lie in finding the Augur Well, a legendary Oracle protected by subtle traps and mind-bending trials. To succeed in their quest, Marcus and Kyja must also avoid the Keepers of the Balance, an order dedicated to redistributing magic to the rich and powerful. And they must travel far underground, where Cascade is unable to follow and where they will be unable to leap to the safety of Earth.

As the Dark Circle closes around them, Marcus and Kyja are faced with the temptation of what they desire most. Sacrifices must be made, and not everyone will survive unscathed. 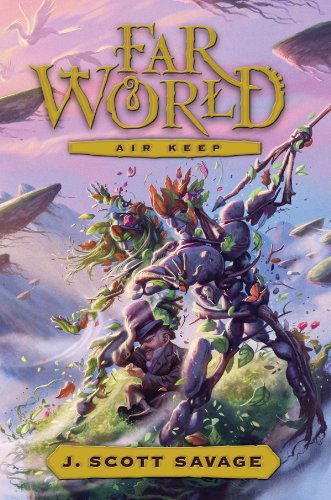 It’s been six months since Marcus and Kyja obtained the help of the land and water elementals. But before they can get help from the mysterious air elementals they have to figure out how to open a box with no key.

Together, Marcus and Kyja travel into the Is, the Was, the Will Be, and the Never Was as they try to open the box, save their city, free Land Keep and Water Keep from water and land elementals who have joined the Dark Circle. Marcus still has to find a way to change the future, and save Kyja’s life, but there’s a catch; any changes they make in the Abyss of Time may destroy the doorway, trapping them forever…

Even with his physical disability, Marcus is able to accomplish great things. It is a story of determination and friendship, and of having the courage to make those hard decisions. 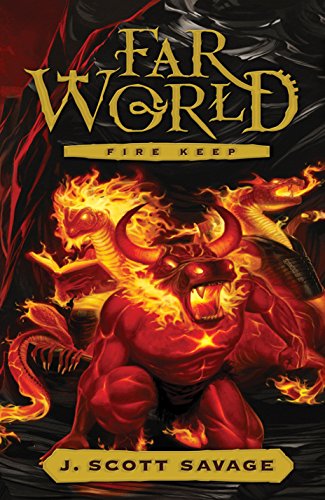 With no word from Kyja, the people of Farworld are beginning to face the possibility that she is truly dead, and the quest to save Farworld and Earth has failed. In an effort to find a way to bring Kyja back, Marcus must enter the most dangerous place possible the realm of shadows. Meanwhile, Kyja wakes up in a world of lost souls and memories. With no idea who she is, she wanders Fire Keep, home to the most quick tempered of the elementals. The other spirits around her have given up hope. But Kyja is driven by a strong sense that something is wrong and getting worse. A familiar voice warns her that time is running out. To recover her memories, she must face a literal trial by fire. Can Marcus survive the realm of shadows to reach Kyja? Can Kyja survive Fire Keep in time to regain her memory? Time is running out for Kyja, Marcus, and their worlds and the Dark Circle’s real plan is only now beginning to be revealed.

“Kyja and Marcus embark on a quest that is gripping adventure from beginning to end, making Farworld a solid pick for fantasy lovers and popular addition to community library fantasy and science fiction collections.” —Midwest Book Review

Tech Tip of the Week: Facebook App Drains Phone Battery Even When Not In Use