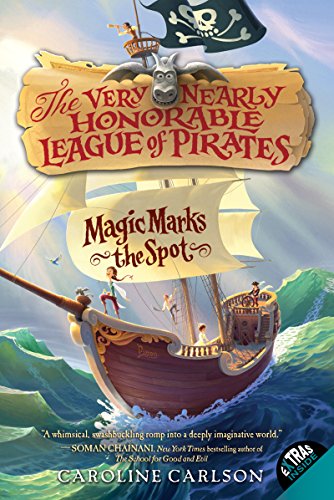 Tweens who loved Lemony Snicket’s A Series of Unfortunate Events books and The Mysterious Benedict Society books are sure to love the Very Nearly Honorable League of Pirates.

Hilary Westfield has always dreamed of being a pirate. She can tread water for thirty-seven minutes. She can tie a knot faster than a fleet of sailors, and she already owns a rather pointy sword.

There’s only one problem: The Very Nearly Honorable League of Pirates refuses to let any girl join their ranks of scourges and scallywags.

But Hilary is not the kind of girl to take no for answer. To escape a life of petticoats and politeness at her stuffy finishing school, Hilary sets out in search of her own seaworthy adventure, where she gets swept up in a madcap quest involving a map without an X, a magical treasure that likely doesn’t exist, a talking gargoyle, a crew of misfit scallywags, and the most treacherous—and unexpected—villain on the High Seas.

Written with uproarious wit and an inviting storyteller tone, the first book in Caroline Carlson’s quirky seafaring series is a piratical tale like no other. 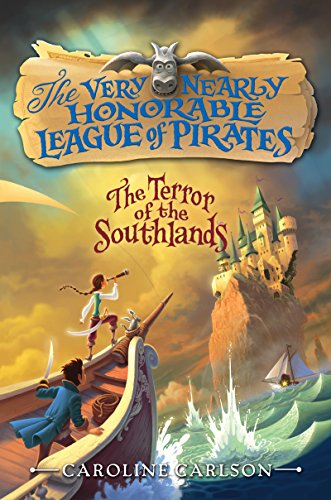 The Terror of the Southlands – Very Nearly Honorable League of Pirates Book 2 (4.5/5 stars, currently priced at $10.99)

More pirates, more magic, and more adventure in the second book of the Very Nearly Honorable League of Pirates series! Caroline Carlson brings the unceasing wit, humor, and fun of the first book in the series, Magic Marks the Spot, to this epic sequel. Fans of Lemony Snicket’s Series of Unfortunate Events and Trenton Lee Stewart’s Mysterious Benedict Society will love this quirky tween series and hope to join the VNHLP just like Hilary!

Hilary Westfield is now a bona fide pirate, but when her daring, her magical know-how, and even her gargoyle don’t convince the VNHLP that she’s worthy of her title, the Terror of the Southlands, she sets off with her crew on a High Seas adventure. But then Miss Pimm disappears and Hilary decides to find the missing Enchantress and protect the magic of Augusta.