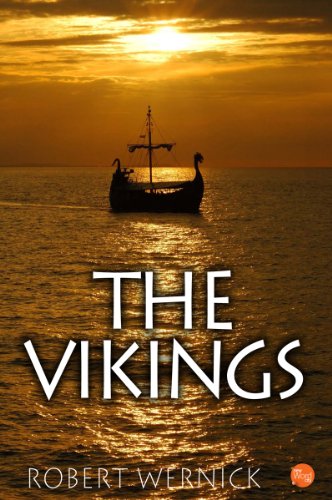 If The History Channel’s excellent historical fiction series The Vikings (note that season 1 is currently FREE for Prime members to view) has sparked your interest to learn more about this proud, warrior people and the world they lived in, or about how they ultimately integrated into other societies, here are some Kindle books to help fill in the blanks.

In the eighth century, The Vikings, the water-borne warriors of Denmark, Norway, and Sweden, conquered much of the British Isles. They pillaged the coast of France, pushed inland to sack Paris, and seized Normandy. Sweeping south down the great rivers of central Europe, they overwhelmed the Slavs of Russia, captured Kiev, and clashed with the people of Constantinople, the capital of the Byzantine Empire.

In all this, the Vikings took untold treasures. But they weren’t just barbarians, content to plunder and burn. They were builders of cities, founders of states, writers of poetry, and makers of laws. The Vikings also were bold and tenacious explorers who ventured across oceans to discover new territories – including the New World. Indeed, not since the golden age of the Roman Empire had any people so powerfully influenced the Western world. Here, from award-winning journalist Robert Wernick, is their dramatic story. 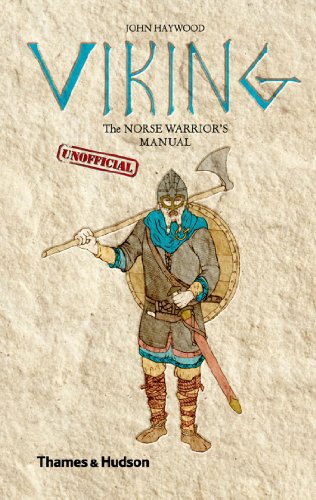 Combines the latest research and discoveries with a humorous eye to take us inside the Viking world.

So you want to be a Viking?

Vikings are the lords of the northern seas. Fame, glory, and wealth await those who brave storms and enemy spears to plunder far and wide in foreign lands. Who wouldn’t like to come home laden with silver, earning a reputation that will live on long after lesser men have been forgotten?

This book tells you everything you need to know to become a successful Viking warrior in the tenth century.

How to join a Viking war band

What to look for in a good Viking leader

How to behave at a feast

How to choose the right weapons and armor

How to plunder a monastery and ransom a monk

How to navigate at sea 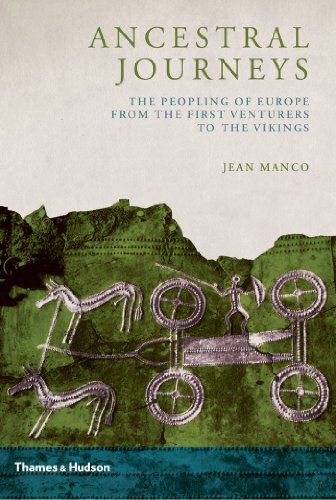 Ancestral Journeys: The Peopling of Europe from the First Venturers to the Vikings (4.5/5 stars, currently priced at $16.49)

Incorporates the latest discoveries and theories from archaeology, genetics, history, and linguistics to paint a spirited history of European settlement.

Who are the Europeans and where did they come from? In recent years scientific advances have released a mass of data, turning cherished ideas upside down. The idea of migration in prehistory, so long out of favor, is back on the agenda. New advances allow us to track human movement and the spread of crops, animals, and disease, and we can see the evidence of population crashes and rises, both continent-wide and locally. Visions of continuity have been replaced with a more dynamic view of Europe’s past, with one wave of migration followed by another, from the first human arrivals in Europe to the Vikings.

Ancient DNA links Europe to its nearest neighbors. It is not a new idea that farming was brought from the Near East, but genetics now reveal an unexpectedly complex process in which farmers arrived not in one wave, but several. Even more unexpected is the evidence that the European gene pool was stirred vigorously many times after farming had reached most of Europe. Climate change played a part in this upheaval, but so did new inventions such as the plough and wheeled vehicles. Genetic and linguistic clues also enhance our understanding of the upheavals of the Migration Period, the wanderings of steppe nomads, and the adventures of the Vikings. 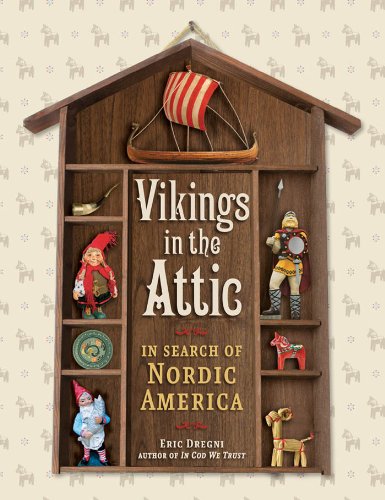 Growing up with Swedish and Norwegian grandparents with a dash of Danish thrown in for balance, Eric Dregni thought Scandinavians were perfectly normal. Who doesn’t enjoy a good, healthy salad (Jell-O packed with canned fruit, colored marshmallows, and pretzels) or perhaps some cod soaked in drain cleaner as the highlights of Christmas? Only later did it dawn on him that perhaps this was just a little strange, but by then it was far too late: he was hooked and a dyed-in-the-wool Scandinavian himself.

But what does it actually mean to grow up Scandinavian-American or to live with these Norwegians, Swedes, Finns, Danes, and Icelanders among us? In Vikings in the Attic, Dregni tracks down and explores the significant—and quite often bizarre—historic sites, tales, and traditions of Scandinavia’s peculiar colony in the Midwest. It’s a legacy of the unique—collecting silver spoons, a suspicion of flashy clothing, shots of turpentine for the common cold, and a deep love of rhubarb pie—but also one of poor immigrants living in sod houses while their children attend college, the birth of the co-op movement, the Farmer–Labor party, and government agents spying on Scandinavian meetings hoping to nab a socialist or antiwar activist.

For all the tales his grandparents told him, Dregni quickly discovers there are quite a few they neglected to mention, such as Swedish egg coffee, which includes the eggshell, and Lutheran latte, which is Swedish coffee with ice cream. Vikings in the Attic goes beyond the lefse, lutefisk, and lusekofter (lice jacket) sweaters to reveal the little-known tales that lie beneath the surface of Nordic America. Ultimately, Dregni ends up proving by example why generations of Scandinavian-Americans have come to love and cherish these tales and traditions so dearly. Well, almost all of them.*