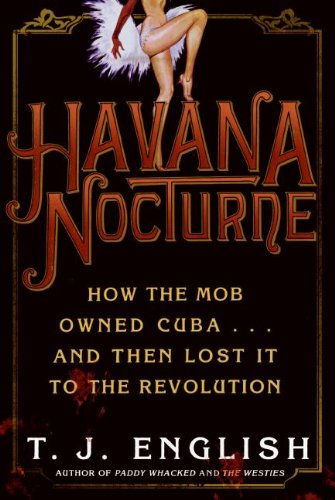 Amazon bids bon voyage to Jon Stewart with today’s Kindle Daily Deal, which features over 50 books by Daily Show guests at Daily Deal prices. The sale includes such titles as:

To underworld kingpins Meyer Lansky and Charles “Lucky” Luciano, Cuba was the greatest hope for the future of American organized crime in the post-Prohibition years.

In the 1950s, the Mob—with the corrupt, repressive government of brutal Cuban dictator Fulgencio Batista in its pocket—owned Havana’s biggest luxury hotels and casinos, launching an unprecedented tourism boom complete with the most lavish entertainment, top-drawer celebrities, gorgeous women, and gambling galore.

But Mob dreams collided with those of Fidel Castro, Che Guevara, and others who would lead an uprising of the country’s disenfranchised against Batista’s hated government and its foreign partners—an epic cultural battle that bestselling author T. J. English captures here in all its sexy, decadent, ugly glory. 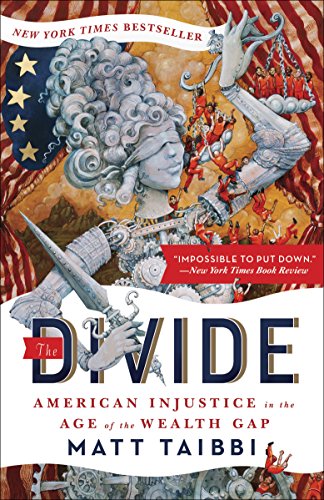 NEW YORK TIMES BESTSELLER • NAMED ONE OF THE BEST BOOKS OF THE YEAR BY THE WASHINGTON POST, NPR, AND KIRKUS REVIEWS

A scathing portrait of an urgent new American crisis

Over the last two decades, America has been falling deeper and deeper into a statistical mystery:

Poverty goes up. Crime goes down. The prison population doubles.
Fraud by the rich wipes out 40 percent of the world’s wealth. The rich get massively richer. No one goes to jail.

In search of a solution, journalist Matt Taibbi discovered the Divide, the seam in American life where our two most troubling trends—growing wealth inequality and mass incarceration—come together, driven by a dramatic shift in American citizenship: Our basic rights are now determined by our wealth or poverty. The Divide is what allows massively destructive fraud by the hyperwealthy to go unpunished, while turning poverty itself into a crime—but it’s impossible to see until you look at these two alarming trends side by side.

In The Divide, Matt Taibbi takes readers on a galvanizing journey through both sides of our new system of justice—the fun-house-mirror worlds of the untouchably wealthy and the criminalized poor. He uncovers the startling looting that preceded the financial collapse; a wild conspiracy of billionaire hedge fund managers to destroy a company through dirty tricks; and the story of a whistleblower who gets in the way of the largest banks in America, only to find herself in the crosshairs. On the other side of the Divide, Taibbi takes us to the front lines of the immigrant dragnet; into the newly punitive welfare system which treats its beneficiaries as thieves; and deep inside the stop-and-frisk world, where standing in front of your own home has become an arrestable offense. As he narrates these incredible stories, he draws out and analyzes their common source: a perverse new standard of justice, based on a radical, disturbing new vision of civil rights.

Through astonishing—and enraging—accounts of the high-stakes capers of the wealthy and nightmare stories of regular people caught in the Divide’s punishing logic, Taibbi lays bare one of the greatest challenges we face in contemporary American life: surviving a system that devours the lives of the poor, turns a blind eye to the destructive crimes of the wealthy, and implicates us all. 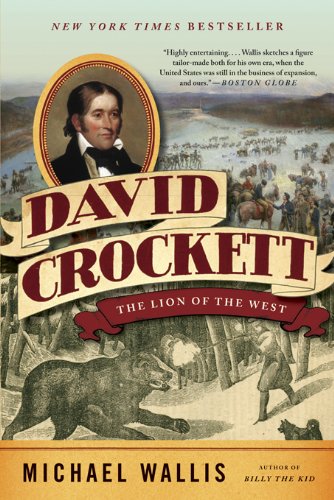 Popular culture transformed his memory into “Davy Crockett,” and Hollywood gave him a raccoon hat he hardly ever wore.

In this surprising New York Times bestseller, historian Michael Wallis has cast a fresh look at the flesh-and-blood man behind one of the most celebrated figures in American history.

More than a riveting story, Wallis’s David Crockett is a revelatory, authoritative biography that separates fact from fiction and provides us with an extraordinary evocation of not only a true American hero but also the rough-and-tumble times in which he lived. 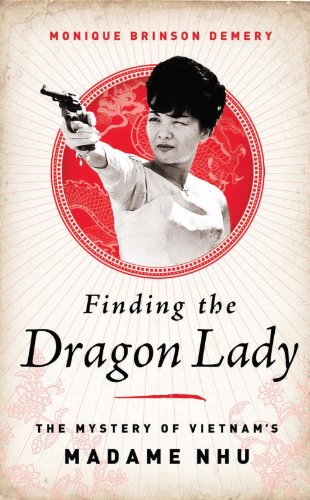 In November 1963, the president of South Vietnam and his brother were brutally executed in a coup that was sanctioned and supported by the American government. President Kennedy later explained to his close friend Paul “Red” Fay that the reason the United States made the fateful decision to get rid of the Ngos was in no small part because of South Vietnam’s first lady, Madame Nhu. “That go****n bi**h,” Fay remembers President Kennedy saying, “She’s responsible … that bi**h stuck her nose in and boiled up the whole situation down there.”

The coup marked the collapse of the Diem government and became the US entry point for a decade-long conflict in Vietnam. Kennedy’s death and the atrocities of the ensuing war eclipsed the memory of Madame Nhu—with her daunting mixture of fierceness and beauty. But at the time, to David Halberstam, she was “the beautiful but diabolic sex dictatress,” and Malcolm Browne called her “the most dangerous enemy a man can have.”

By 1987, the once-glamorous celebrity had retreated into exile and seclusion, and remained there until young American Monique Demery tracked her down in Paris thirty years later. Finding the Dragon Lady is Demery’s story of her improbable relationship with Madame Nhu, and—having ultimately been entrusted with Madame Nhu’s unpublished memoirs and her diary from the years leading up to the coup—the first full history of the Dragon Lady herself, a woman who was feared and fantasized over in her time, and who singlehandedly frustrated the government of one of the world’s superpowers. 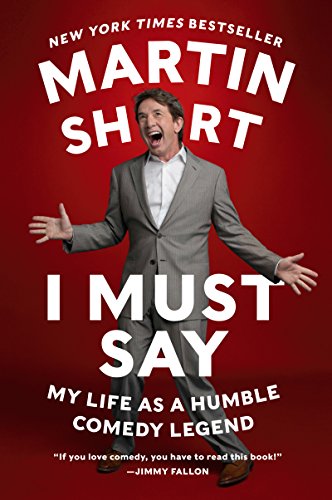 In this engagingly witty, wise, and heartfelt memoir, Martin Short tells the tale of how a showbiz- obsessed kid from Canada transformed himself into one of Hollywood’s favorite funnymen, known to his famous peers as the “comedian’s comedian.”

Short takes the reader on a rich, hilarious, and occasionally heartbreaking ride through his life and times, from his early years in Toronto as a member of the fabled improvisational troupe Second City to the all-American comic big time of Saturday Night Live, and from memorable roles in such movies as ¡Three Amigos! and Father of the Bride to Broadway stardom in Fame Becomes Me and the Tony-winning Little Me.

But there is another side to Short’s life that he has long kept private. He lost his eldest brother and both parents by the time he turned twenty, and, more recently, he lost his wife of thirty years to cancer. In I Must Say, Short talks for the first time about the pain that these losses inflicted and the upbeat life philosophy that has kept him resilient and carried him through.

In the grand tradition of comedy legends, Martin Short offers a show-business memoir densely populated with boldface names and rife with retellable tales: a hugely entertaining yet surprisingly moving self-portrait that will keep you laughing—and crying—from the first page to the last.

Click here to browse all books included in this Kindle Daily Deal.