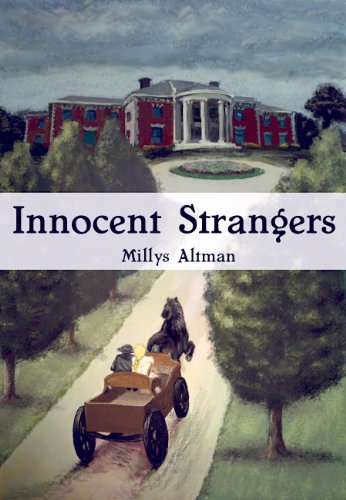 4.8 stars – 20 Reviews
Kindle Price: $2.99
Text-to-Speech and Lending: Enabled
Don’t have a Kindle? Get yours here.
Here’s the set-up:
A beautiful wealthy heiress is murdered in the little mining town of Mt. Hope, Pennsylvania at the height of the golden era of the coal and coke industry, and the town is left in shock.  Hapless strangers, a father-and-daughter are accused of murder and face hanging in this vengeful town.  In preparing a defense, Jenny and Marcus uncover evil and corruption among the ruling coal-rich elite.  Powerful, ruthless and ambitious men are involved with this charming  heiress, but which one is the murderer?  A budding romance between a boyish young doctor and Jenny is intertwined in a story that is suspenseful until the very end.
Reviews
“The plot is peppered with the appealing ingredients of the mystery-crime genre, including wealthy heiresses, cover-ups, blackmail, legal maneuvering and adultery.”  Kirkus Review
“I would recommend to anyone that enjoys a little history, mystery, romance. Something for everyone. Very enjoyable it kept me thinking and wondering how it would end.”
Watch Book Trailer

Millys Altman lives in Uniontown, Pennsylvania, located at the foot of the Allegheny Mountains. In the 1890′s, Uniontown was the epicenter of the golden era of the coal and coke industry.  The era is noted for its contrast between the grittiness of the coal mines, coke ovens and company towns and the high living of the coal barons in their lavish mansions.  Innocent Strangers is a story fabricated from events in a similar fictional town.

Ms. Altman has lived a full life, so long that she has run out of space to put candles on her birthday cake!  After high school, she moved on to graduate from Hood College. When her husband was in the Navy during World War II, she left her teaching job to join him, and she was a camp follower for several years.  She returned to Uniontown and, with her husband, raised three sons and has five grandchildren.  Ms. Altman is a widow.  Innocent Strangers is her second novel.