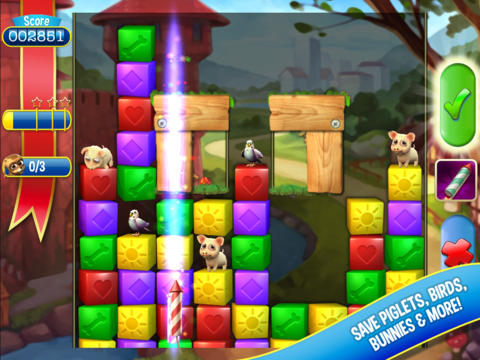 According to King, more than 30 billion pets have been rescued by players in Pet Rescue Saga. And many more lovable animals are surely going to be saved now that King has just updated the popular block-busting puzzle game with more levels of pet-rescuing fun.

The new update also adds a new map to explore in the form of Lost and Foundland, plus a new world map organizer for easier navigation.

The new version of Pet Rescue Saga is available now in the App Store for free. The game is compatible with iPhone, iPod touch, and iPad running iOS 4.3 or later.

If you’ve experienced loss of progress in Pet Rescue Saga, you can now restore your progress by selecting the Restore In-App Purchases option in the game’s settings menu.

King Expands Pet Rescue Saga With New Episode And New Map To Explore is a story by AppAdvice.com
AppAdvice - iPhone, iPad, iPod, App Reviews + News
Get the latest tips & apps for your Smartphone