Ahead of its official unveiling later this month, the alleged Huawei Mate 20 has been listed on the Geekbench benchmarking website that reveals some of its key specifications. The listing suggests an octa-core processor running at 1.8GHz which is most likely the recently announced HiSilicon Kirin 980 that is supposed to power the upcoming Mate 20 series. The smartphone codenamed LYA-L29 has 6GB of RAM and runs the latest Android 9 Pie possibly with a custom skin from Huawei running on top. As is the case with such Geekbench listings, only basic details of the device could be provided, although, the included benchmark scores do give a basis for its comparison with other Android flagships.

On Geekbench, the upcoming Huawei flagship scored 3,390 points in single-core test and 10,318 points in multi-core tests. Both the scores are significantly above what many modern Android-based premium smartphones generally score on the benchmarking tool using the currently available high-end chipset from Qualcomm. But when compared to the newest Apple iPhone XS, the Huawei flagship still stands far behind despite the Chinese company recently claiming the superiority of its Kirin 980 chip over Apple’s A12 Bionic. Having said that, the alleged Mate 20 is most likely being tested currently using an under-development software that may not have been optimized entirely to take advantage of the new hardware. The chances are high that the said scores may improve when the final build of the OS is released with the Mate 20 series.

The inclusion of Kirin 980 SoC inside the Mate 20 and Mate 20 Pro will make them the first Android-powered smartphones to house a 7nm processor. Both the handsets are expected to launch with a number of variants with either 6GB or 8GB of RAM and an internal storage of up to 256GB. The Pro model has been pictured a number of times recently and all of them suggest the removal of the rear-facing capacitive fingerprint scanner while the non-Pro model might retain it. The Mate 20 Pro will not only get a larger curved display, but it will also reportedly come equipped with a 3D facial recognition system, similar to that of the Apple iPhone X. The Chinese company has scheduled an event for October 16 in London where the two flagships will be officially announced. 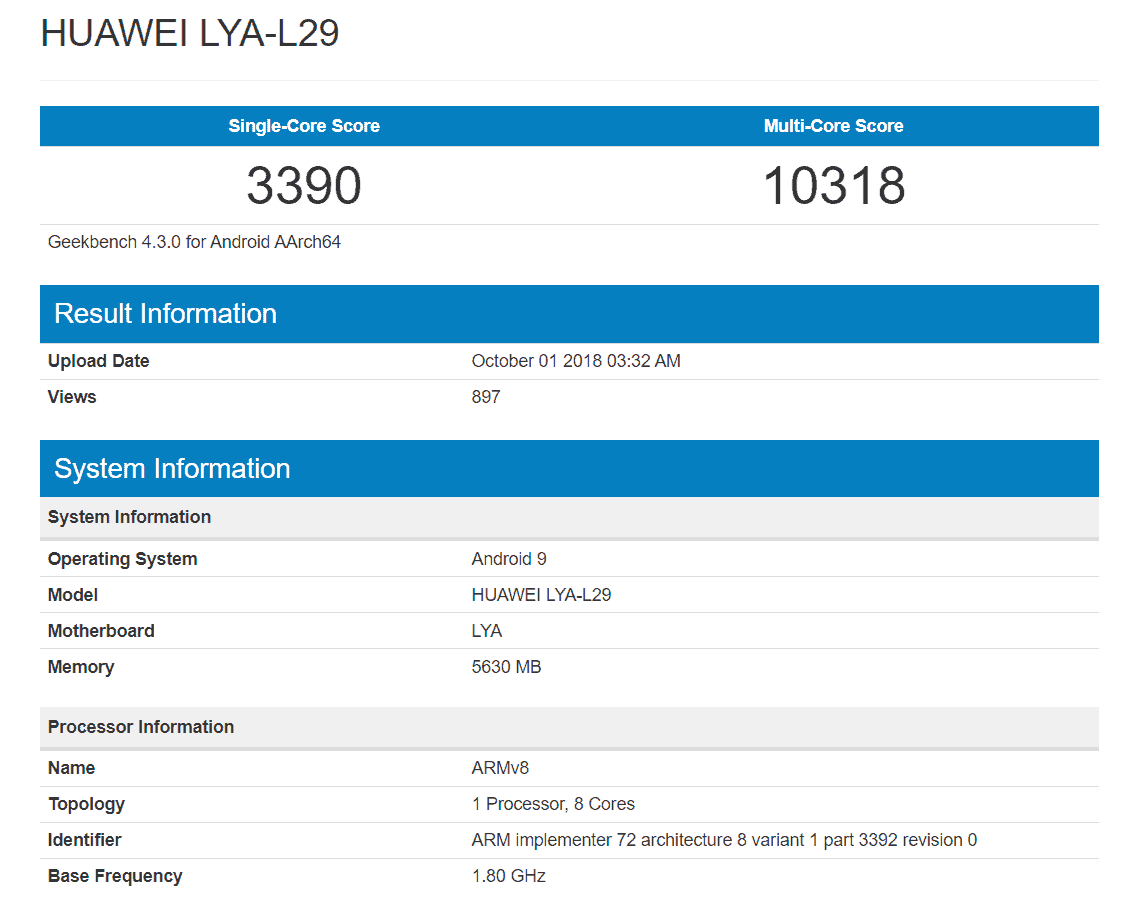