Lawyers working for the Department of Justice go on a reluctant mission to stop biological threats against the American people…The Divine Affliction by Robert M. Fleisher

by Robert M. Fleisher
5.0 stars – 2 reviews
Kindle Price: FREE!
Everyday Price:
Text-to-Speech and Lending: Enabled
Here’s the set-up:
When Derrick Daniels, Justice Department attorney, reluctantly investigates the possibility that rogue Arab states developed deadly diseases as a terrorist weapon against the United States, assassins and inexplicable forces threaten his existence. Soon, the powers of ancient law collide with contemporary villainy threatening the fate of all humankind. Every living thing is at risk, from wild animals that become road kill to the most elite members of every society. Is widespread violence random, or is there a combination of unrelated plots conspiring to bring an end to the idyllic life that used to define the American way?

“I enjoyed your story, which rarely happens when I edit.” -Mike Garrett, first editor for STEPHEN KING 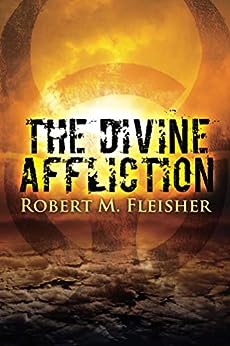 The post <p style="text-align:center;font-weight:bold;">Lawyers working for the Department of Justice go on a reluctant mission to stop biological threats against the American people…<br /><em>The Divine Affliction</em> by Robert M. Fleisher</p> appeared first on Kindle Fire on Kindle Nation Daily.