The Samsung Galaxy S8 and Galaxy S8 Plus handsets had been released in a number of markets around the world already, and it seems like the two phones are soon coming to China as well. According to seemingly official details that have just leaked online, the Galaxy S8 and Galaxy S8 Plus will launch in Beijing on May 18, and pre-orders will begin on May 10. Now, those of you who are looking to purchase either of the two devices will have to wait until May 25 in order to do so, considering that’s the date that the two phones will become available it seems.

Now, in addition to everything mentioned above, the source claims that the two phones will hit stores in China this week, but you won’t be able to purchase them just yet, only try them out and see if they’re right for you or not. Now, we still do not know how much will the two phones cost in China, but their pricing in China should be somewhat similar to the phones’ pricing in Hong Kong, which means that the Galaxy S8 could cost around 5,050 Yuan, while the Galaxy S8 Plus might set you back 5,670 Yuan. Now, the 6GB RAM variant is also expected to land in China, and that handset will also ship with 128GB of storage, and could cost around 6,200 Yuan. Do keep in mind that this is only a guess based on the devices’ pricing in Hong Kong, actual prices might differentiate, but we’re sure that more info will pop up in the near future, especially if the aforementioned dates are accurate. 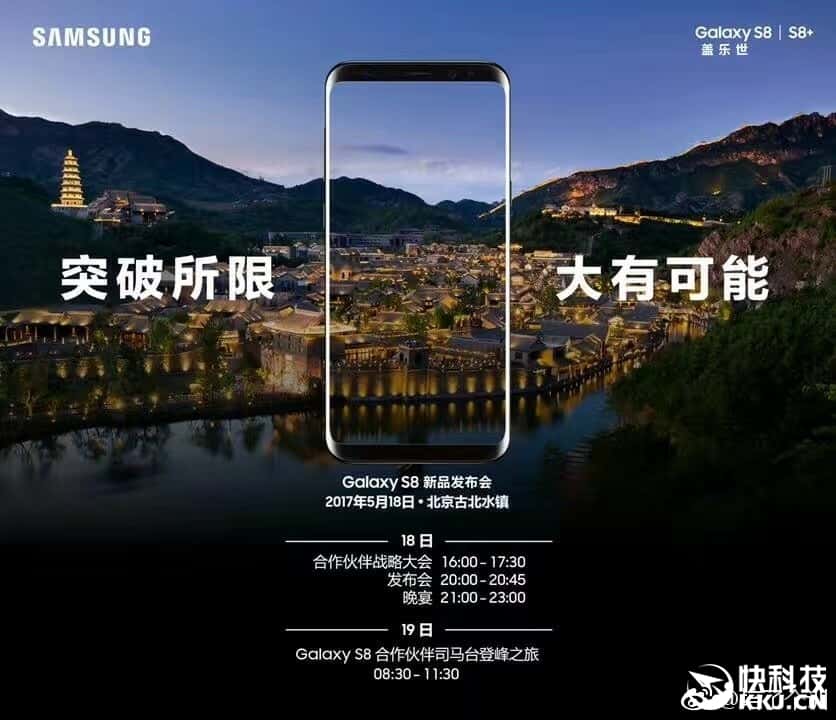 The post Leak: Galaxy S8 & S8 Plus To Launch In China On May 18 appeared first on AndroidHeadlines.com |.