Holyfield and Tyson. Ali and Frazier. Hopefully Pacquiao and Mayweather if the two stop dancing around the issue. And now, HTC M8 vs the Samsung Galaxy S5. These two heavyweights of the smartphone world have launched pretty much at the exact same time. It’s practically the first time we’ve seen an actual head-to-head launch of two major flagships. 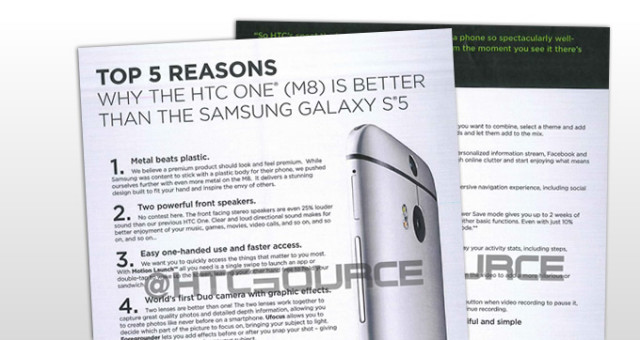 With this unique situation comes the need for each company to exalt their smartphone as the second coming, going as far as calling out the competition in a direct fashion the likes of which we don’t often see. HTC has seemingly thrown the first known punch, with leaked documents from the company attempting to sway salespersons on why the One M8 is better than the Samsung Galaxy S5.

Here’s a quick rundown of their five reasons:

While we haven’t had enough time with either device to say HTC is right or wrong on these, they do make compelling arguments. Of course, HTC can’t force anyone but their own employees to push the HTC One M8 over the Galaxy S5, so whether or not this document will help move more units will depend on factors such as personal opinion, sales incentives and more. It’ll be an interesting race to say the least. Be sure to read the full sales document below. 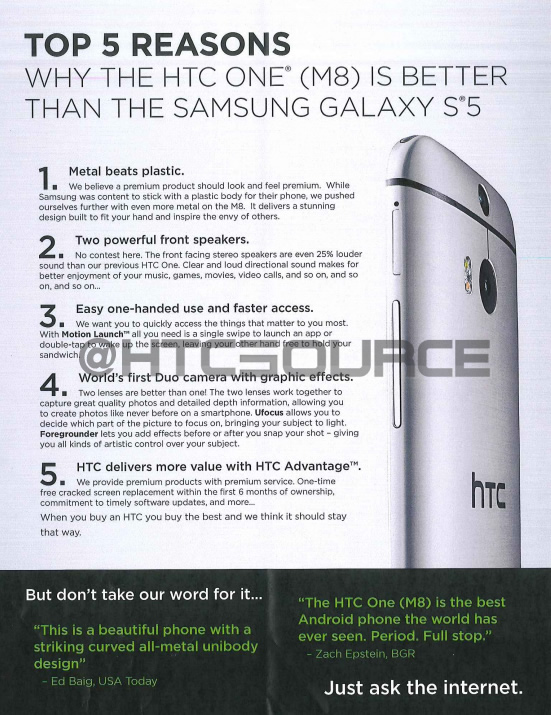 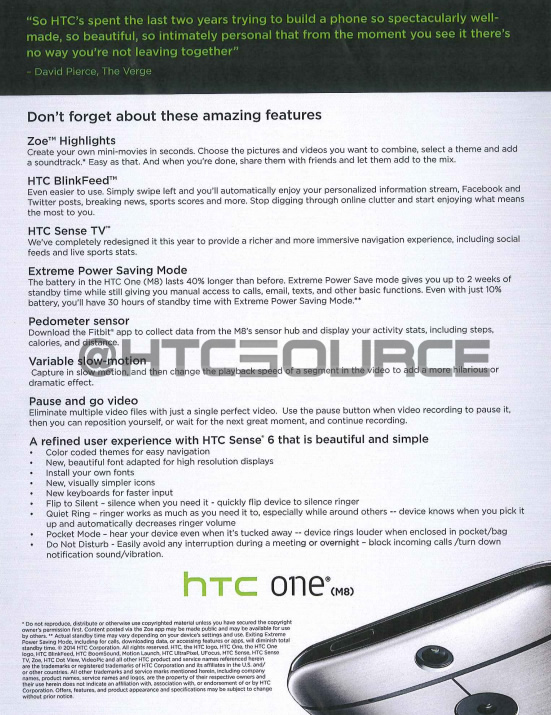