Oppo has had a decidedly difficult time keeping its currently unannounced R11 from leaking all over the place and now a photo has surfaced that reportedly show off the various colors it will be available in. While the image itself is a bit on the fuzzy side, it clearly shows the R11 in three different colors. In addition to the standard black and gold variations of the handset, the pic appears to confirm reports that it will also have a more bronze-hued rose gold variation in the snapshot. If the photo and other leaks surrounding Oppo’s upcoming device are accurate, there really isn’t a whole lot left to discover about it. With that said, it is also worth bearing in mind that any leak or series of leaks could be incorrect regardless of how official they look. It’s also important to remember that even if the image is an accurate portrayal, it may not cover the full gamut of colors the R11 will be available in.

Aside from the newly discovered color variations, the R11 is expected to arrive near the upper end of mid-range Android devices when it releases. That’s based on previously leaked benchmark results that showed the device to be packing a 64-bit Snapdragon 650 octa-core processor, 64GB of storage, and 4GB of RAM. Other specifications for the device are said to include a dual-camera setup, with a pair of 16-megapixel shooters at the back and a 20-megapixel shooter at the front.

If those numbers are correct, the front-facing camera likely has a better sensor because Oppo’s ‘R’ series of devices are often marketed as great selfie-focused phones. That aside, all of the hardware is expected to be pushed by Android 7.1.1 (Nougat) out of the box and packed into a premium metal body. From the new image leak to the previously reported TV ad leak, Oppo’s R11 is looking more and more like a very solid offering. It bears repeating that the leaks aren’t necessarily representative of anything until Oppo says otherwise, so for now anything is really subject to change. This means that the colors may be different than what’s presented in this image and there could even be more colors available. 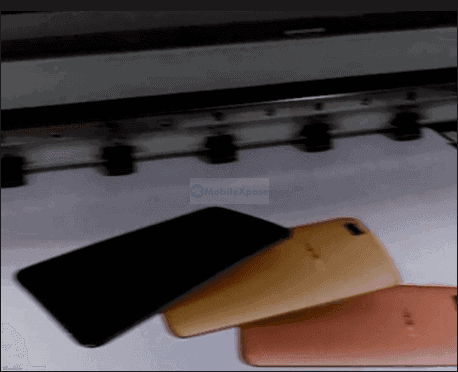