Samsung Galaxy S III users may feel like their handsets will be rendered antiquated once the purported Galaxy S IV is announced, but rumors indicate that users will have access to some of the same features included in Samsung's forthcoming smartphone. 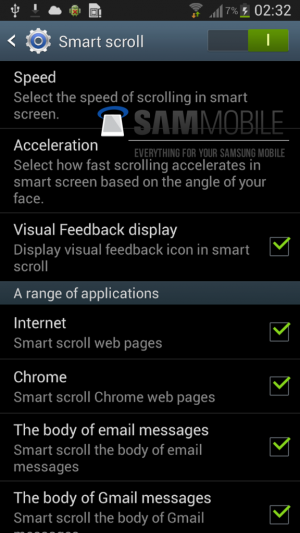 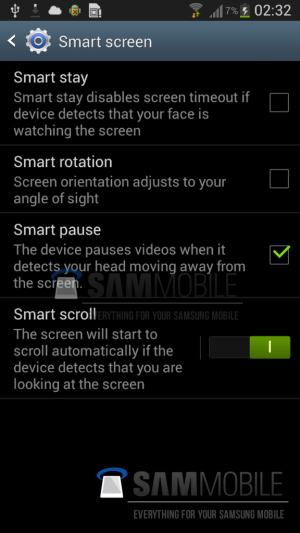 Leaked screenshots published by SamMobile from the as-of-yet unreleased Android 4.2.1 Galaxy S III update show several features that may come standard with the next Galaxy smartphone. Features like Samsung Smart scroll and Smart pause appear to be available in the update's Settings menu. Smart scroll will reportedly track the user's eye movement and scroll the content on the screen up so that users won't have to swipe. Smart pause will apparently allow a device to pause video when it detects that the user's head is not directly facing the screen. Other screenshots detail the ability to make adjustments to these various features, including how fast the handset should scroll the page and whether the motion sensor should determine vertical head movements for setting the scroll speed.