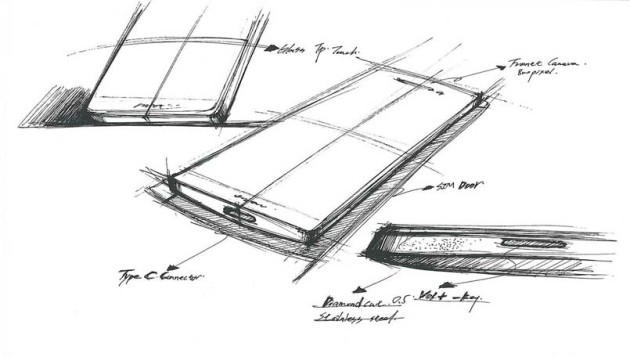 The OnePlus 1 experienced a huge amount of success in 2014, and the Chinese startup OnePlus will soon be unveiling the successor of their popular device, the OnePlus 2, on July 27th. Business Insider recently acquired a few sketches of the yet-to-be released device, giving us a hint of what might possibly be new on the successor of one-of-the most talked about Android smartphone of 2014. It was previously reported that the OnePlus 2 will feature an all glass and metal design and the sketches seem to confirm this claim. Although the design looks quite similar than the OnePlus 1, the top sketches reveal new features such as a USB Type C connector and an 8-megapixel front facing camera.

In addition to a fingerprint sensor, the bottom sketches reveal a dual camera setup on the back of the device. This might be a similar type of technology as the one used on the HTC One M8, which allows for a second camera to record depth perception data so that the user can change the focus of an object after the picture has been taken. 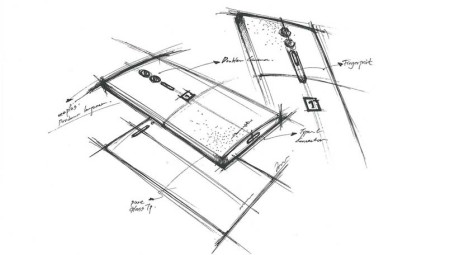 Although the sketches might not confirm anything, the alleged specs are realistic and seem to make sense. Finally, according to a report form Droid-Life who have spotted the OnePlus 2 in a Bluetooth SIG authority filing, the device will come into three different variants; A2001, A2003, and A2005, that each might slightly vary in specs

Come comment on this article: Leaked sketches reveal details of the upcoming OnePlus 2