Leaks of Asus tablet point to Intel inside, but could it take on the Nexus 7? 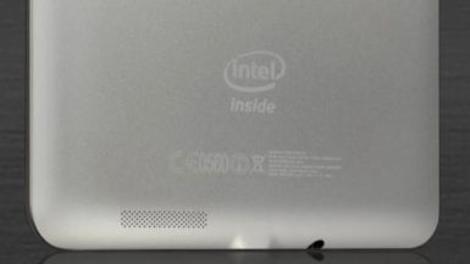 Saying the Nexus 7 has been a hot seller would be a disservice to the incredibly popular and often sold out Android tablet.

Developed by Asus for Google, the Nexus 7 offered an impressive balance between power, size, and affordability other competitive tablets like the Kindle Fire HD and iPad Mini haven't been able to match.

Rumors of another Nexus 7 from the dynamic duo have been making the rounds for some time, but all the while Asus has been busy working on similar competitive slates.

Right after CES 2013, Asus revealed the MeMo Pad, a 7-inch tablet with specs close to but not quite as impressive as those of the Nexus 7. It was, however, built with affordability in mind.

However, it looks as though the US$149 MeMo Pad wasn't the only budget tablet Asus has been tinkering with, as a new and even more affordable-looking 7-incher has seemingly just been unearthed.

Asus' latest leaked tablet, the ME371MG, shares more in common with the MeMo Pad than it does the Nexus 7, which is why some of the model number may sound similar (the MeMo Pad was once known as the ME172V).

Rather than the powerful Tegra3 processor found in the Nexus 7, the ME371MG is said to use a single-core Intel Atom Z2420 processor which, according Tablets BG, clocks in between 1GHz and 2GHz.

That factor alone is enough to bring the possible price of the new tablet down quite substantially from the 16GB Nexus 7's US$199.99 price tag.

Late last year, reports of a US$99 Nexus 7 tablet were making the rounds, and it's entirely possible those rumors were actually foreshadowing the arrival of the ME371MG rather than a cheaper Google-backed tablet.

This newly uncovered tab is also said to feature just 1GB RAM - though microSD expansion is an option - and should include Android 4.1: Jelly Bean and come in 8GB, 16GB, and 32GB storage options.

An IPS LCD display with 1280 x 800 pixels covers the front, while a 1.2MP camera is positioned there and a 3MP is placed on the back.

The hand that feeds

Since Asus developed the Nexus 7, it may seem counterintuitive to create a less powerful tablet that could still erode market share if priced right.

However, even though the Nexus 7 has had no trouble moving off the shelves, a cheaper model may be more attractive to consumers without the expendable income to spend on the device.

Asus is also prepping a MeMo Pad 10 to provide a counterpoint to the Nexus 10 (developed by Samsung), which too shares a similar model number (ME301T) to this Intel-powered machine.

Just where the ME371MG fits into the grand scheme remains to be seen, but for now it appears as if Asus is looking to capitalize on the budget market wholeheartedly.

TechRadar asked Asus for more on this new tablet, and will update this story if the company feels like sharing.