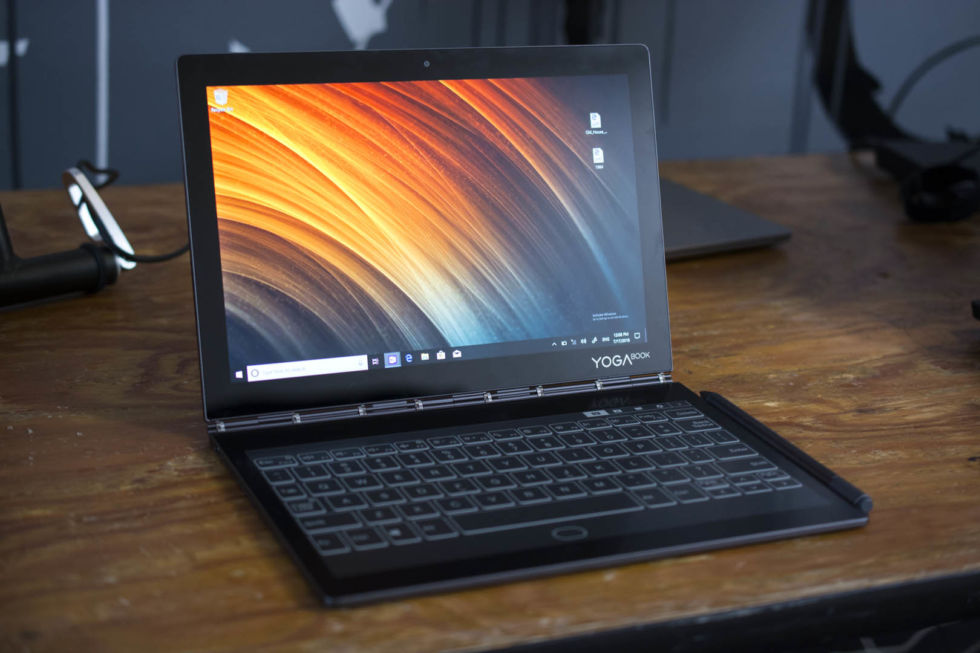 Lenovo didn't forget about its quirky, keyboard-less Yoga Book. The netbook-like device that came out in 2016 was an acquired taste, to say the least, but it was also a chance for Lenovo to experiment with the traditional two-in-one form. The company returns in 2018 with a new version still named the Yoga Book (officially it's the Yoga Book C930), but it now has an e-ink panel attached to the main touchscreen slab and powerful internals that kicked its price up by quite a bit.

Lenovo abandoned the "halo" keyboard found on the last Yoga Book and replaced it with an e-ink slab that transforms from keyboard to sketch pad to e-reader. The e-ink keyboard fills the entire screen when activated, and a small, square area at the bottom, directly underneath the space bar, brings up an e-ink trackpad when tapped. Considering the overall size of the device, the trackpad is still small like it was on the old Yoga Book. However, its collapsible nature gives the rest of the keyboard more room to breathe when you're not using it. Also, you have two input options since you can use the trackpad or the Yoga Book's touchscreen.