The ThinkPad series has long been an iconic one for Lenovo, and its most recent addition aims to truly pacify demanding road warriors. The ThinkPad X1 Extreme packs plenty of tech into a 15-inch body, and what’s more is that Lenovo is trying to bring a spot of gaming to an otherwise strictly-business notebook.

It’s a laptop that squarely targets those looking to get a performance laptop that’s similar to a MacBook Pro or the likes of Dell’s XPS 15. With some decent configuration options available, the X1 Extreme certainly looks to be something that can easily handle demanding workloads without the bulk of a desktop PC.

The X1 is available in a number of configurations, right up to an Intel Core i7 and a whopping 2TB PCIe SSD storage. There’s even an i9 version in the works, which should be available towards the end of this year.

Lenovo isn’t breaking away from tradition with the X1 Extreme – the design is something we’ve been accustomed to for decades, so why try and change it? The laptop’s body is made of carbon-fiber with a sturdy feel to it, and ports are easy to access on either side.

The trusty ThinkPad keyboard and pointing stick make a return as well, opposite a 15.6” display that can either be configured as a non-touch Full HD screen, or a touch-enabled 4K IPS display with HDR and Dolby Vision, as well as support for a stylus with tilt function and shading.

For connectivity you’ve got two USB 3.0 ports and a SD card reader on the right side, which is great for quickly connecting an external storage device to copy content directly from an SD card. On the opposite side sits two Thunderbolt ports, a full-sized HDMI display, a network extension port, and headphone jack.

The Thunderbolt and HDMI ports means that for designers, you can have up to three external monitors connected to the X1 Extreme, which makes it perfect for video editing or working on complex programs that need more screen space.

There’s plenty to gawk at under the hood as well, with four basic configurations currently being available for purchase. Users can opt for either a 8th-gen Coffee Lake Core i5 or i7 processor to start with, and up to 64GB of DDR4 2666 MHz, Dual DIMM RAM.

Then there’s the storage, which comes in the form of up to 2TB that can be configured via dual M.2 PCI Express NVMe SSDs with RAID support. That’s a crazy amount of blazing-fast storage to play around with, making it easy to work on large and complex files in most programs.

The X1 Extreme’s battery is also something Lenovo is touting, with up to 15hrs of battery life being promised, and a charge speed of 80% capacity in just an hour.

Another interesting addition here are the integrated 360-degree far-field microphones, which allow you to command Alexa or Cortana from pretty much anywhere in a room to perform simple file searches or even put your laptop in standby mode. Lenovo’s also touting the X1 Extreme to survive quite a bit of wear and tear, such as extreme temperatures, accidental drops, and even a spill on the keyboard. 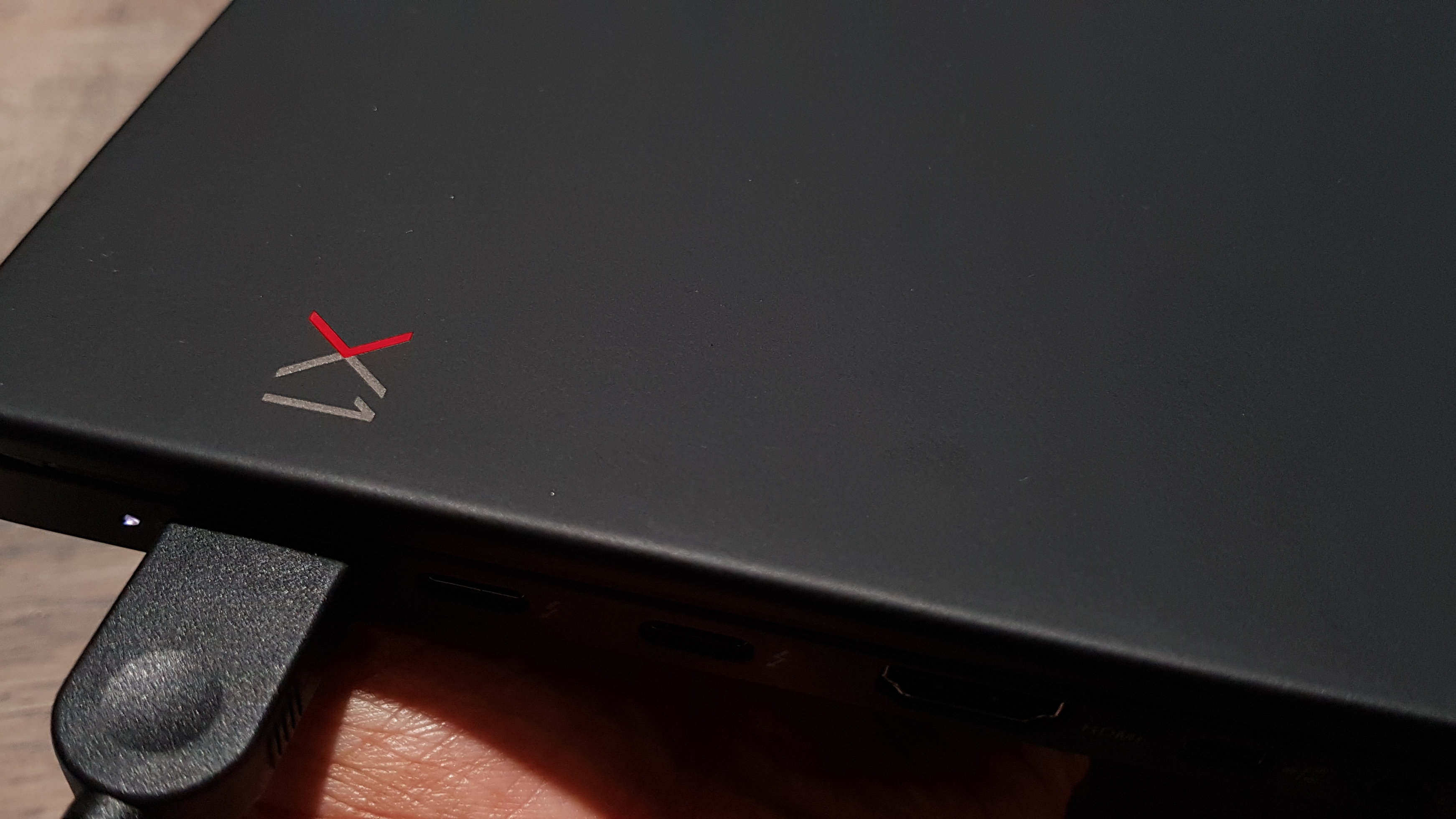 For extra security, there’s a fingerprint reader right next to the keyboard edge, as well as a ThinkShutter privacy cover over the integrated webcam if you’re being extra-safe about someone spying on you. And should you opt for the IR camera add-on, you can control your cursor or shift application windows just with your gaze – an interesting feature to have, that’s for sure.

Lastly, the X1 Extreme comes equipped with an NVIDIA GeForce GTX 1050 Ti MaxQ GPU, which Lenovo says is great for creating content as well as a spot of gaming or VR. While the gaming bit can be believable, the 1050Ti just about makes the bare minimum requirement for a decent VR experience, so we’ll have to see how it actually handles VR when we get our hands on it for a full review. Still, the gaming angle is a welcome surprise, especially if you’re travelling and need a quick break from work or want to pass the time on a long flight.

While we’ll have to reserve judgement until we’ve run a full set of benchmarks on it, the X1 Extreme showed no problems firing up different apps simultaneously, and no amount of open tabs in Chrome could slow it down. Watching video on the 4K screen was fantastic, and we’re fairly certain that games will look equally good as well.

Lenovo’s ThinkPad X1 Extreme really does pack plenty of power into a ridiculously slim and lightweight body, and it’s interesting to see the company embrace gaming into an otherwise business-only laptop range.

There’s a lot that the X1 is capable of handling, so if you’re in the market for an on-the-go powerhouse that can also scratch your occasional gaming itch, then the X1 Extreme is a great choice to make.