Lenovo  has been making headlines from quite a while. The Chinese tech major  along with Samsung has accounted for more than half of the 4G smartphone  volumes in the fourth quarter of 2015. Fast forward to 2016 and the company has already launched the budget Vibe K4 Note, which is giving a tough fight to other popular smartphones in the sub Rs 15,000 segment and then there is the A7000 Turbo, which is retailing at Rs 10,990.

However, the company does not want to confine itself to the budget  category only and is gradually delivering good performance oriented  smartphones in the mid-segment as well. The company's Vibe series  comprises of a number of handsets that caters to audience who desire a  premium smartphone experience but at a pocket friendly price. Some of  the popular phones by Lenovo in this segment include Vibe Shot, Vibe S1, Vibe P1,   etc.

That said, today we are going to talk about the latest Vibe X3  smartphone in our review, which is priced at Rs 19,999 and is loaded  with high-end features. The smartphone has a fingerprint sensor, Dolby  ATMOS audio, Snapdragon 808 and a full HD display. Let's find out more  about it. 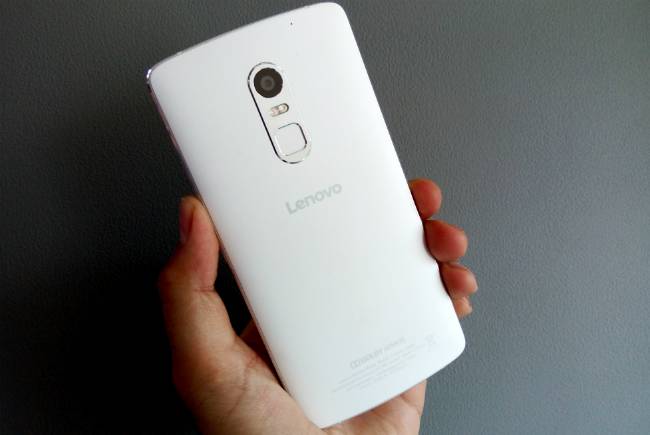 Lenovo Vibe X3 is nothing like its predecessor Vibe X2, which has a unique layered design. But by that we don't want to imply that the Vibe X3 is a boring device in terms of look and feel. The phablet has an aluminum unibody design and looks quite premium, especially when seen from the rear.

The front has the large 5.5-inch full HD screen with three touch capacitive buttons at the bottom, an 8MP camera at the top and two large speakers on top and bottom of the display. A chrome strap sits at the top and houses the camera sensor, a dual-tone LED flashlight and a fingerprint scanner. Other than this, we have the Lenovo branding embossed in the centre. The back has the matte white finish, which as per Lenovo is resistant to smudges and fingerprints, but that's just on papers as the white back easily attracts smudges. 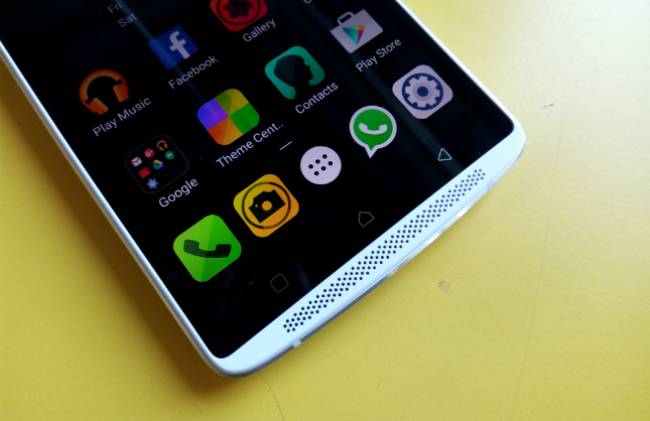 The chamfered edges runs around the sides and houses volume rockers and power on/off button on the right and hybrid SIM tray on the left. A 3.5mm headphone jack along with an IR blaster sits at the top. As it is a phablet, the buttons are placed ergonomically to make the device fit for one-hand operation. However, for users with small hands, Vibe X3 is not the best fit. Moreover at 175g, it feels a bit heavy in day-to-day usage.

Overall, the smartphone is bestowed with decent looks.

Lenovo is offering a Qualcomm Snapdragon 808 processor with six cores, a 3GB of RAM to carry out multimedia tasks. To handle graphics related tasks, the smartphone packs in an Adreno 418 chip. The front is occupied by a 5.5-inch full HD IPS panel, with a contrast ratio of 1500:1.

Besides, Lenovo Vibe X3 is integrated with a 3-mic system and Wolfson audio codec that effectively filter out ambient noise and enhance voice quality.

Vibe X3 has a hybrid tray, so you can either expand the 32GB inbuilt storage to 128GB via microSD card or use a second SIM card. As far as the connectivity goes, Vibe X3 has Wi-Fi 802.11ac, Bluetooth, GPS, NFC and USB-OTG The smartphone is backed by a 3,500mAh battery unit. 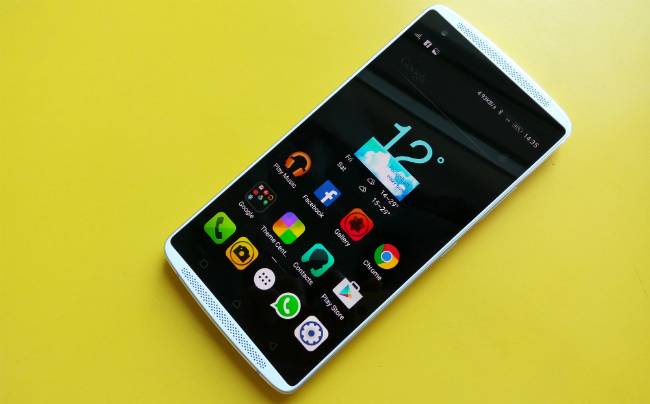 Lenovo Vibe X3 flaunts a 5.5-inch 1080p display, which gives a pixel density of 403ppi. The colours look vivid and the viewing angles are also good. As it is an IPS panel, the blacks are not as deep as an AMOLED panel, but the overall colour saturation levels are excellent. Moreover, you can customise the screen's colour balance in display settings, which has a default, comfort, super bright and a custom mode to tweak the colour levels as per your preference.

Vibe X3's display is fairly usable in outdoor conditions. The screen has good level of brightness, which makes it decently visible under direct sunlight. The display feels much bright and lively than the displays on OnePlus 1 and OnePlus 2.

Another thing worth mentioning is that Vibe X3 comes out to be the best multimedia smartphone in the sub-Rs 20,000 category. The 5.5-inch crisp full HD display with the support of 1.5 W, large-chamber (1cc) front-facing speakers equipped with Dolby Atmos makes it the best device for watching movies and playing 3D graphics intensive games. The audio delivered by the dual speakers is loud while maintain the quality of the sound.

Lenovo Vibe X3 is powered by a Snapdragon 808 CPU coupled with 3GB of RAM. We used the smartphone for over a week and faced no performance issues with day-to-day tasks. There were no glitches, no lags while using Chrome with multiple tabs, YouTube, Photo editors, Instagram, etc. While, the hexa-core CPU makes sure that you don't encounter any issues in regular smartphone tasks, we encountered a little bit of heating with continues camera usage. But it was nothing major and the heating effect faded away quickly. The same was also observed while playing heavy games. 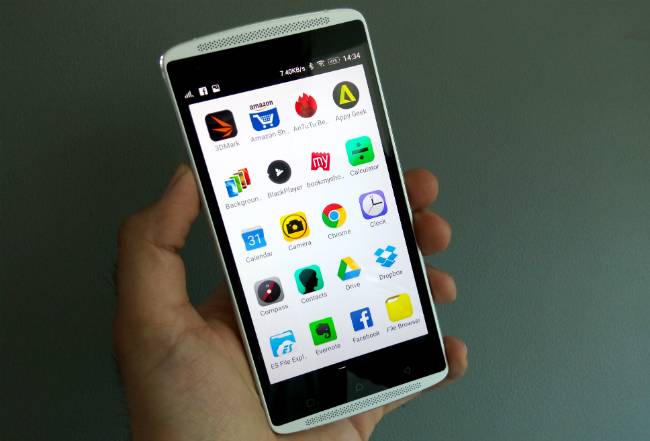 Talking about the software experience, Lenovo Vibe X3 runs Android 5.1.1 Lollipop with Lenovo's Vibe UI, which has been given a makeover. You have the option to go for the regular UI with an app drawer or you can use the single-layer launcher with all the apps and widgets scattered on the homescreens. Lenovo is also offering a number of pre-installed apps. Some of them are SHAREit with CLONEit, SYNCit, SNAPit Camera, McAfee Security, UC browser, Peel, etc.

The UI is pretty much smooth for the most part, but we experienced some annoying bugs in day-to-day usage. For instance, the 'Phone Dialer' application takes a considerable time to update the call history. I looked for the recent callers and at last had to dial the number manually. This was quite annoying as it is one of the most basic features of mobile usage.

Besides, once in a while, the volume rockers refused to register the input and I had to restart the phone to make them work again. 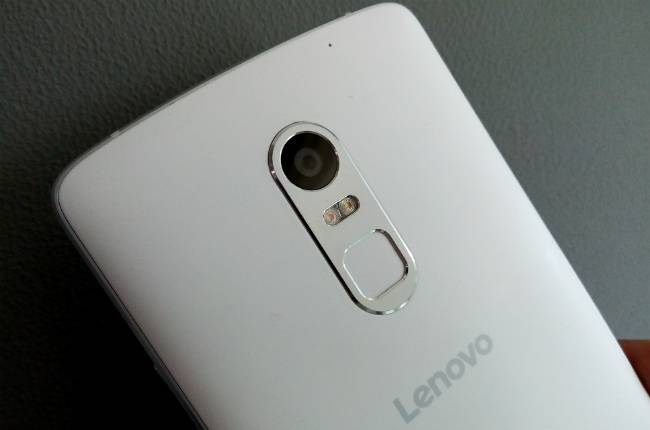 Lenovo Vibe X3 also packs a fingerprint sensor at the rear, just below the LED flashlight. We really had no complains about its accuracy and functionality. We don't recall an incident where it failed to unlock the smartphone.

Lenovo has integrated a 21MP PDAF camera on the rear, which packs 6-piece composite lens module. It uses an aperture of f/2.0 and you can also record videos in 4K format. The front has an 8MP camera, which is one of the best we have tested in a while.

The rear camera is also capable to deliver amazing shots in daylight conditions but satisfactory results in low-light conditions as images comes out to be noisy at points. The Nexus 5X, which is also selling at the same price-point after its recent price cuts delivers better low-light results.

What we really liked about the camera on the Vibe X3 is the ability to take detailed macro shots. The sensor quickly locks the subject and offers images with vibrant colours and good detailing. The sensor also quickly detects the lighting and adjusts the settings to offer the best picture, a mode that you can also turn off from the camera UI with just one tap.

You also get a Pro mode, which allows you to tweak ISO, exposure, shutter speed, focal depth, etc. as per your preference. Besides, the camera also has the usual modes such as Panorama, HDR, Slow-motion, Fast-motion and Blur background, which delivers really good results. Out of these, we really liked the Artistic HDR mode that makes the pictures quite vivid. The first three sample pictures are shot with Artistic HDR mode and looks vibrant.

The 4K video quality is crisp and images and videos look amazing on the 5.5-inch 1080p display.

Here are some sample shots 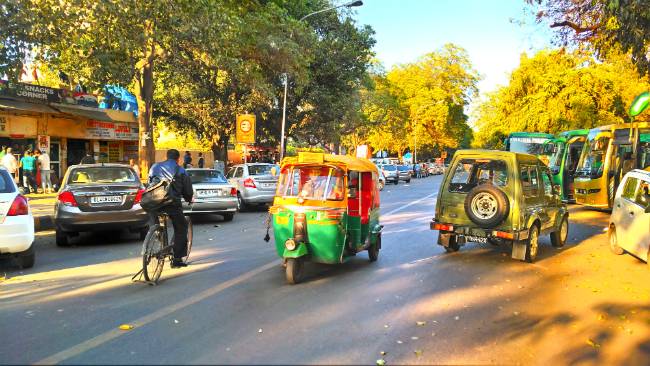 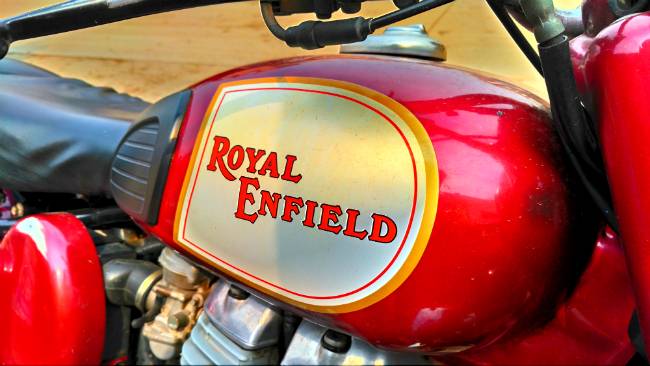 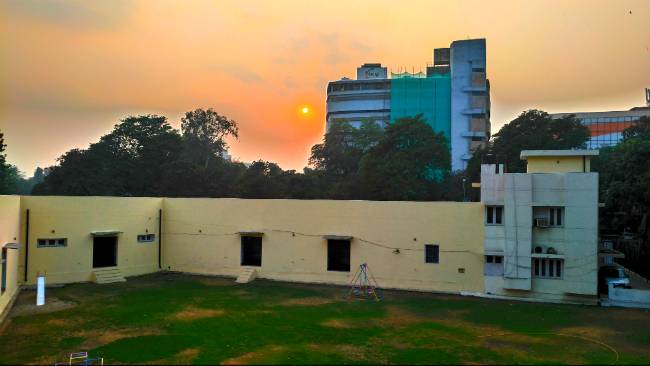 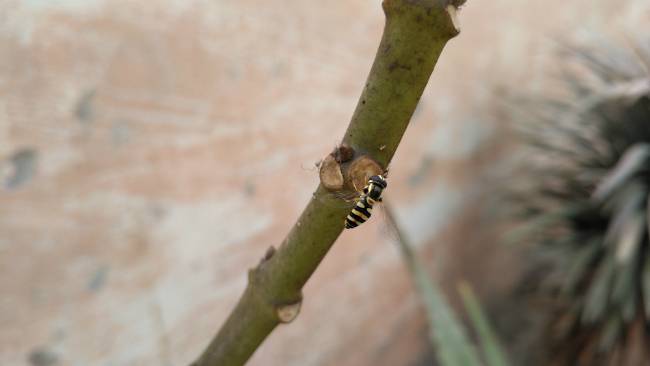 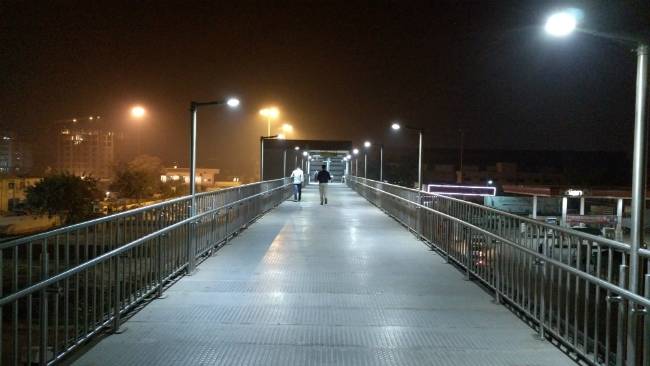 The battery performance by Lenovo Vibe X3 is quite impressive. We stress  tested the smartphone by streaming 1080p videos on YouTube, played  music at full volume, took countless shots, browse web page, played  games and performed all other day-to-day tasks throughout the day, but  the 3,500mAH battery still made it to the next day.

With a light usage, Lenovo Vibe X3 can easily last for a day and half.

Likes:   At Rs 20,000 Lenovo Vibe X3 offers a premium design, solid audio  performance, decent camera and its large battery makes sure that you are  not out of juice at any point in the day.

Dislikes:   The smartphone is a bit bulky and is not built for one hand operation.  The UI needs work as it fails in some of the basic tasks such as  working with a phone dialer.

Lenovo has tried to offer a combination of high-end features and hardware in the form of Vibe X3 and for the most part, the company has succeeded in delivering it. The smartphone comes out to be the best multimedia device by offering a solid audio-video performance with the help of Dolby ATMOS and a vibrant full HD display. It is also good on battery and camera performance and comes with a premium design.

The smartphone will give a tough fight to the popular names such as Nexus 5X, Moto X Play and OnePlus X and is definitely worth consideration under Rs 20,000 price-point.