LG G2 Hits End Of Life On Bell – More Evidence That The G3 Is En Route? 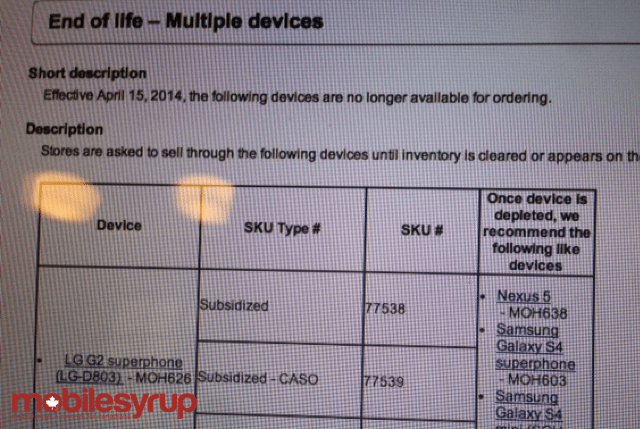 Here’s another one of those stories that could be something or could be nothing.  According to an internal document from Bell, the G2 has officially reached the end of the road with the carrier.  While it isn’t unusual for devices to be dropped from a line up, rumours have been swirling that LG is planning to launch the G3 soon and this move by Bell seems to support that theory that the sequel is coming sooner rather than later.  The latest reports peg the announcement in June and the launch in July

While the G3 has been kept under wraps fairly well, the leaks are slowly beginning to filter out.  Several pictures have already made their way out into the public and @evelaks recently provided some specs in addition to  yet another picture.

LG G2 Hits End Of Life On Bell – More Evidence That The G3 Is En Route? is a post from: Android in Canada Blog

The post LG G2 Hits End Of Life On Bell – More Evidence That The G3 Is En Route? appeared first on Android in Canada Blog.