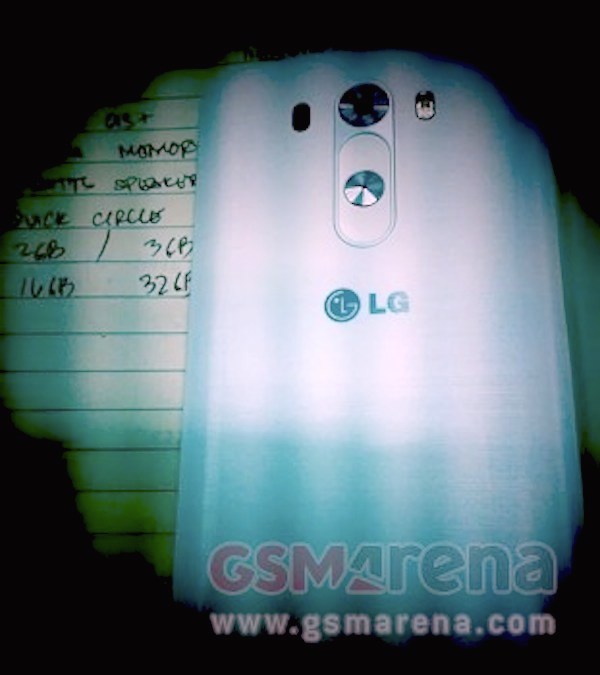 It’s not much, but it appears as if we may finally have our first real look at the LG G3. An alleged leaked picture of the device in the wild is giving us a pretty clear look at the back of the device, showing off LG’s trademark rear-facing button setup. We fear the new buttons — which appear to be much more flat than they were on the G2 — could make it difficult to feel around for the buttons solely by touch, but we do like the new aluminum accents.

If you’re wondering what the black hole is on the side of the camera (opposite from the LED flash), that’s a rear facing IR blaster, a setup we also saw on the LG G Flex (image here). On a more personal note, I recently found myself moving back to the LG G2 after finding current flagships a little too tall for my tastes. If our suspicions are correct, we could see a form factor mirroring closely the recently leaked LG Isai with its dangerously small bezels.