Assuming the leaks for the regular-sized LG G3 are accurate -- that would be a big step down. Rumors are calling for the LG G3 to feature a 5.5-inch 2K display. Other rumored specs for the LG G3 mini include an 8MP rear-facing camera and Android 4.4.2 Kit Kat. Naturally, this would also include LG's Optimus UI over top of Kit Kat. 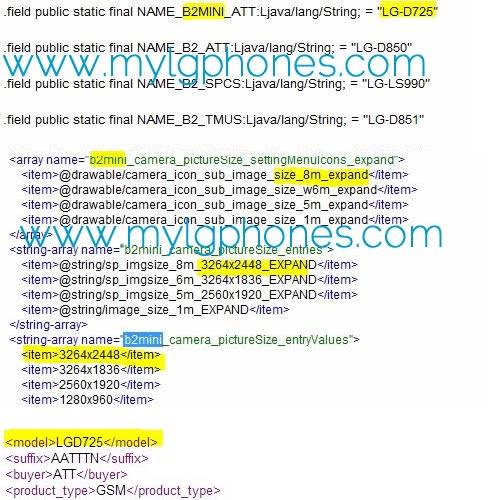 Details for the LG G3 mini are showing the handset with a model number of LG-D275. It also looks like it will be heading to AT&T. Shifting back to the regular LG G3 and that one had been showing with four different model numbers; LG-D850, LG-D851, LG-LS990 and LG-VS985. Those four model numbers suggest the G3 will be launching with each of the big four US carriers.

Earlier rumors also had the LG G3 with features to include an octa-core processor and 16 megapixel rear-facing camera. There was also mention of Optical Image Stabilization (OIS). Of course, we do have to remember these are early leaks and still sitting firmly in the rumor category at the moment.