LG G3 press render leaks yet again, this time the display is on 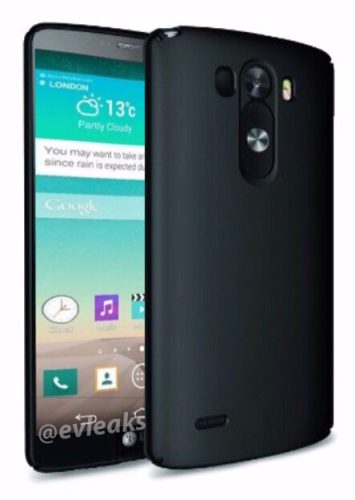 Within the last few days, we have seen plenty of the upcoming LG G3. A few days ago, we saw multiple photos of the handset surface on the web. Yesterday, @evleaks shared two press renders. It featured the LG G3 once in black and again in white. Now we have a press render of the device with the display illuminated.

The takeaway from the image above is that LG’s goal of eliminating a smartphone’s bezel is coming along. The LG G2 was applauded for this and now it has caused other smartphones’ bezels to be compared. We also see on-screen buttons are still present, but that is something we have known already. Look closely, though, and you will notice below the weather forecast that the device is suggesting an umbrella be taken with you. This could be the first sign that LG will be implementing adaptive software.

Come comment on this article: LG G3 press render leaks yet again, this time the display is on