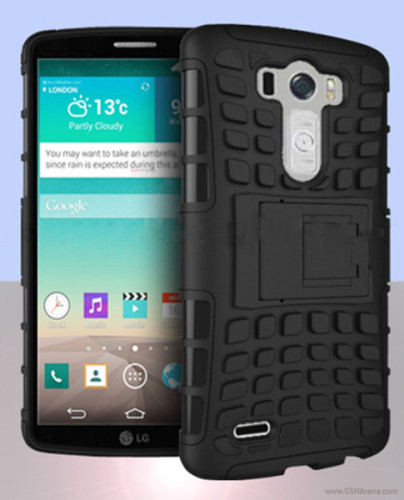 The LG G3 will be announced on May 27 when the company holds a few press events across the globe. While we have not seen the entire device, we have been able to get a glimpse at the user interface and the back of the handset. And now we have an image that puts both of those pieces together.

The image above is purportedly the LG G3 sitting inside of a rugged case. The UI matches the one previously leaked and the rear button setup also matches the one leaked recently. Interestingly enough, the UI shows London as the location and that is also where LG’s main event will be held. While it could have easily been a placeholder, it sure is nice to see what the G3 may look like.

Are you excited for the LG G3?