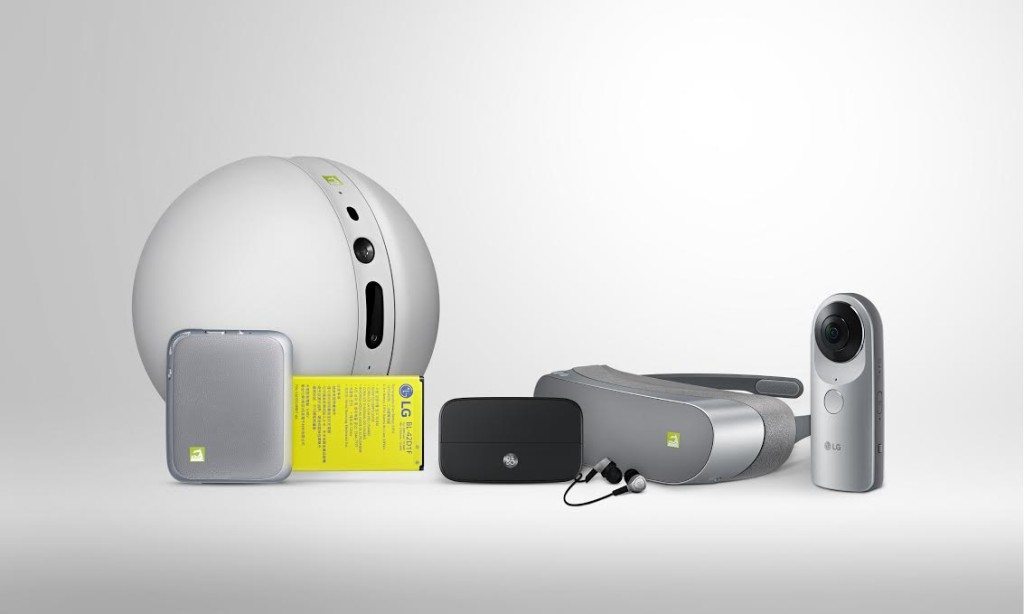 The LG Cam Plus is the most affordable Friend at $99.99 (it’s also been included for free with most pre-orders).  This accessory attaches to the G5 and gives you a much more camera like experience for photo taking with a dedicated shutter button and zoom dial.  The LG 360 Cam does exactly what its name suggests, captures 360 degree photos and videos using a pair of 13MP.  This accessory is quite a bit pricier at $299.99.  Last up is the LG 360 VR, LG’s attempt at virtual reality.  This is also priced at $299.99.  The VR in particular may be a big miss on LG’s part as there are several cheaper options out there (the GearVR being the main competition) and early reviews online aren’t promising either.

We don’t have a firm release date for the Friends quite yet but I imagine that the Cam Plus will be the first to hit as it’s being included as a gift for pre-order-ers.  Once we have dates on the other Friends we’ll let you know.  We’ll also let you know if the other two Friends plan on coming to Canada.