The LG G6 Mini is being tipped for a July 11th unveiling according to a leaked image of what appears to be an invite for an upcoming LG event happening in Poland next week. The invite tells people to save the date and mentions the hashtag LGBarbeQ, further hinting that the LG G6 Mini will be known as the LG Q6, a rumor which has been floating around since June 30th. Another version of the invite carries the same hashtag although it also refers to the LG G6 Mini as the LG Q6, so it seems fairly likely that this is the name that LG has chosen for the phone.

Next to nothing is officially known about the LG Q6, but thanks to rumors it isn’t hard to imagine what LG has planned. The device is suspected to have the same 18:9 aspect ratio as the LG G6 but in a slightly smaller package with LG opting for a 5.4-inch screen so as to offer something to consumers who prefer phones with smaller displays. If the screen size is correct it should also make it tad bit easier to hold and use in one hand.

Other rumored specifications for the LG Q6 include 3GB of RAM, which is 1GB less than what can be found on the LG G6, and with less RAM on board it’s also possible that the LG Q6 will offer up less internal storage space as well, though the LG G6 does only come with 32GB of storage so this may stay the same. LG is also suspected to be dropping one camera sensor off the back of the device and keeping things to a single 13-megapixel camera instead of using two, so with the number of changes that are already rumored for the phone the LG Q6 will be more of a mid-range offering from LG, and aimed at those that are looking for most of the features that are on offer with the flagship LG G6, but without having to spend as much money at the cost of losing a few things from the high-end device. With a small dip in the specs department the LG Q6 is likely to be available for less money, but there’s no mention of rumored prices just yet, or where it might be available. 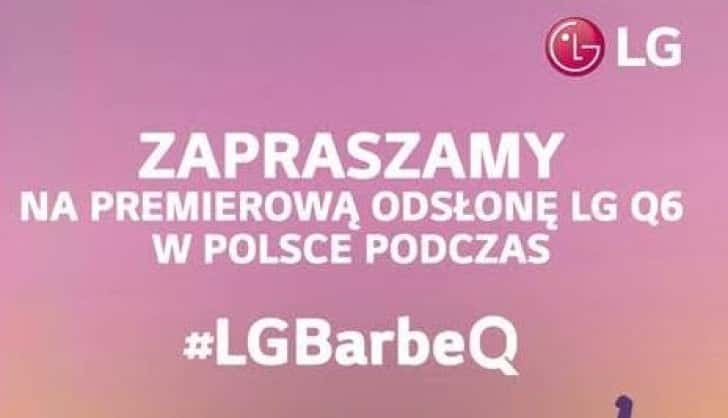