PlayFusion has released the Lightseekers game for Android devices. It’s an action RPG that you can connect with various smart action figures and AR-enabled trading cards to gain new powers and take your play to the next level. These are sold separately and aren’t required to play the game, although they do improve it quite a bit.

You begin by selecting a character and then start your adventure in the mysterious world called Tantos. During the game, you’ll meet colorful characters and go head to head with scary monsters and other enemies.

You can level up your character with various gear and new abilities and also have the option of collecting pets and companions that will fight alongside you. To improve your chances of defeating your enemies, you can supercharge your weapons with the elemental powers of rare Lightstones. And as you progress through the game, there are always new lands to explore, enemies to battle, and gear to obtain. 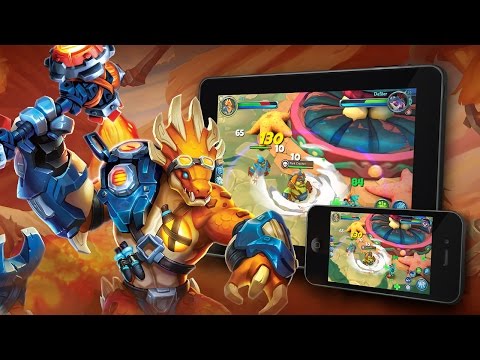 The Lightseekers game is already available on the Google Play Store and is free of charge. For now, only those who live in the US, UK, or Canada can try it out, while the rest will have to wait for a little longer. You can download it to your device by clicking the button below.

Download Lightseekers
Get the latest tips & apps for your Smartphone