Linus Torvalds Bought a Nexus 7… Will You?

Linus Torvalds, the driving force behind the Linux kernel was one of the people who actually bought a Nexus 7. It’s no wonder he did, since everyone is doing that nowadays, otherwise how do you explain the fact that most US retailers are running out of stock for the Nexus 7 tablet. 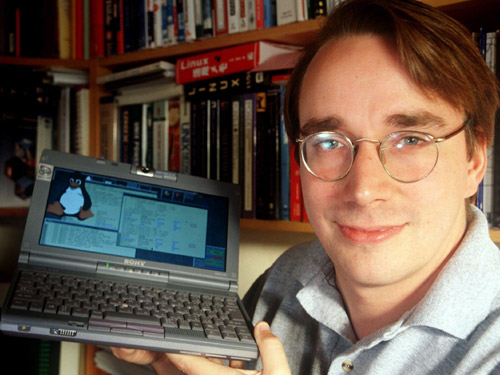 Linus ordered a unit this week and supposedly he owned a Nexus One from back in the days when it launched. Around the time of Google I/O 2012 Linus criticized the new concept of Events in Google+ and now he jokes about the problems with his Nexus 7 order, saying that Google engineers are messing with it, for fun. Obviously, it’s only a joke and the 7 inch quad core Tegra 3 tablet will arrive safe and sound on his doorstep. We’ve seen other celebrities buying unexpected products before.

For example Steve Wozniak actually waited in line outside a store to be one of the first people to purchase the Nokia Lumia 900. How cool is that? Seeing that there’s always a Linux Mobile in the works and supposedly a tablet as well, one might say that Android and that initiative are rivals, but at the core the two are pretty similar and very related, so why assume rivalry?