Mac Rumors Jul 15,  2015
Juli Clover Jul 15,  2015 Read Source
Jul 15,  2015
Read Source
Earlier this month Logitech announced plans to sell many of its products under the new "Logi" brand name, and as of today, the company is debuting its first line of products that carry the Logi label, a lineup of iPad cases.

"The iPad is a powerful device. But people have dropped and damaged - or are afraid that they will drop and damage - the iPad, so they typically don't use it to its full potential," said Michele Hermann, vice president of mobility at Logitech. "Until now, protecting your iPad from drops meant covering it with a bulky case that took away from the beauty and mobility of the iPad. Our designers worked with material experts to protect the most sensitive parts of the iPad without adding the bulk you associate with ultra-protective cases. With the Logi BLOK family of cases you no longer have to choose between protecting your iPad and having a beautiful case that allows you to enjoy all the functionality it has to offer."

The Logi BLOK Protective Shell is designed for the iPad Air 2 and all models of the iPad mini. It's a protective rear shell that's sold alongside a screen protector to keep the iPad's display safe from scratches. Like all BLOK products, it's made from a flexible polymer with squared edges, explaining the "BLOK" name. According to Logitech, the BLOK cases flex with the iPad upon impact, helping the tablet withstand drops from up to six feet high onto surfaces as hard as concrete. The BLOK Protective Shell will retail for $39.99 and will be available in black, red/violet, and teal/blue. 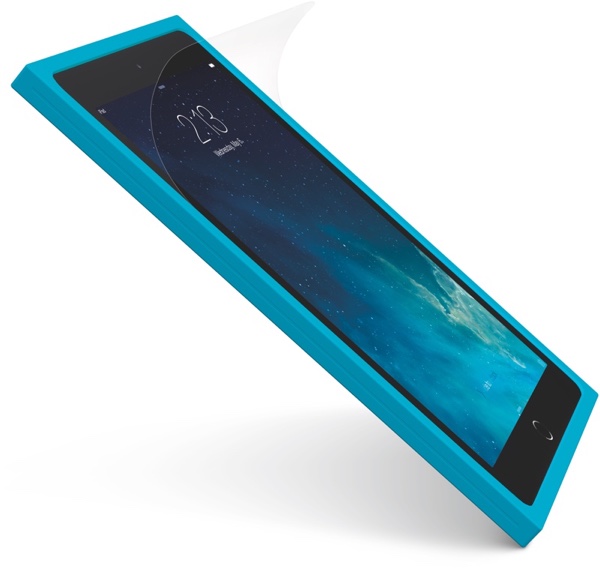 Logitech's BLOK Protective Case offers the same drop protection of the Shell but includes a cover/stand that lets the iPad to be positioned in any angle for tasks like typing and watching videos. It has a 50-degree range and when closed, protects the iPad's display from impact. It'll retail for $69.99 and it comes in black, red/violet, and teal/blue. 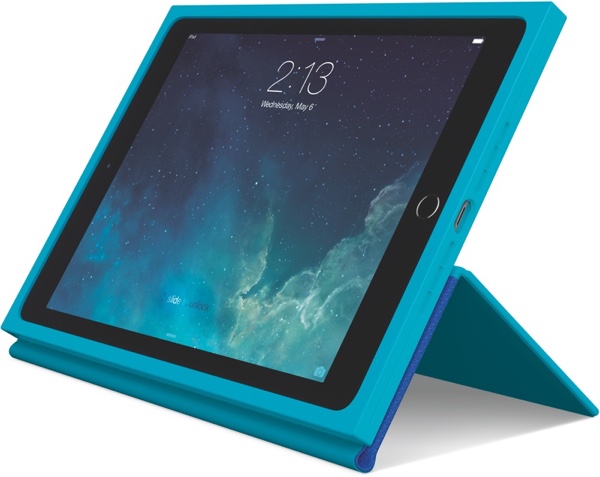 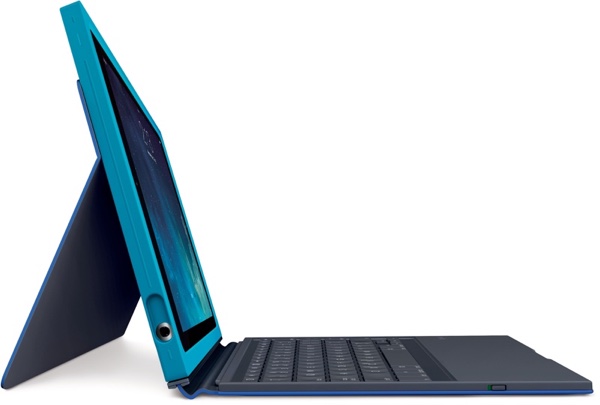 All three of Logitech's new Logi brand BLOK cases will be available for purchase in the U.S., Australia, New Zealand, and select countries in Europe beginning in August of 2015.