Is a madman attacking older women, a la the Boston Strangler? Bear in Mind: A Bear Jacobs Mystery Book 1 by Linda B. Myers

by Linda B. Myers 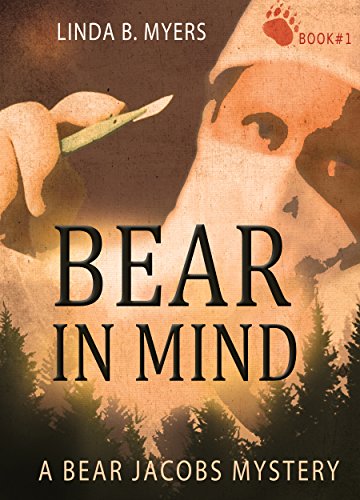 If you think old folks at the home are sitting on the porch, listening to the ball game and downing lemonade, then meet retired P.I. Bear Jacobs, his eWatson Lily Gilbert, and the rest of the quirky residents at Jessica’s Adult Care Home. Yes, they are infirm. Yes, they gripe. But all the while, they’re solving crimes and dodging bullets. They’re tough, they’re engaged and, judging by the enemies they make, they stand mighty tall on their canes, walkers and wheels.

In Bear in Mind, the first of the PI Bear Jacobs series, the residents investigate the case of Charlie’s missing wife. At first they think she’s a heart breaking bitch who abandons her hubby. But Bear learns that women in the community are disappearing at an alarming rate … and to no place good. Is a madman attacking older women, a la the Boston Strangler? Are body parts being stolen? Is a local crematory burning up the evidence? It’s a dangerous and twisted trail that Bear follows toward a surprising conclusion. Bear in Mind is a cozy with bite.

Book II in the Bear Jacobs Mystery series is now out!

“This is an excursion into new territory for the crime/mystery genre. Exploring the tough issues of aging health and strength of character, this is a complex mystery with surprising action. It is a challenging look at the abilities and trauma of older action characters.” 5 star Amazon review

Become a fan! Follow Linda B. Myers on BookGorilla

The post Is a madman attacking older women, a la the Boston Strangler? Bear in Mind: A Bear Jacobs Mystery Book 1 by Linda B. Myers appeared first on Kindle Fire on Kindle Nation Daily.