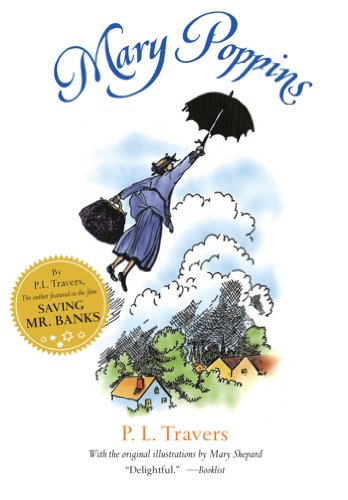 Saving Mr. Banks, the story of how, over the course of 20 years, Walt Disney convinced author P.L. Travers to let him adapt her Mary Poppins into a film, is a box office hit and has already been nominated for several awards. Here’s the book and author that started it all.

From the moment Mary Poppins arrives at Number Seventeen Cherry-Tree Lane, everyday life at the Banks house is forever changed.

It all starts when Mary Poppins is blown by the east wind onto the doorstep of the Banks house.

She becomes a most unusual nanny to Jane, Michael, and the twins. Who else but Mary Poppins can slide up banisters, pull an entire armchair out of an empty carpetbag, and make a dose of medicine taste like delicious lime-juice cordial?

A day with Mary Poppins is a day of magic and make-believe come to life! 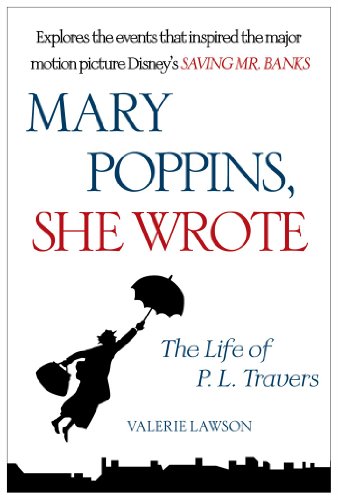 The remarkable life of P.L. Travers, the creator of Mary Poppins.

An arresting life…Lawson is superb at excavating the details. –Library Journal

The spellbinding stories of Mary Poppins, the quintessentially English and utterly magical nanny, have been loved by generations. She flew into the lives of the unsuspecting Banks family in a children’s book that was instantly hailed as a classic, then became a household name when Julie Andrews stepped into the title role in Walt Disney’s hugely successful and equally classic film. But the Mary Poppins in the stories was not the cheery film character. She was tart and sharp, plain and vain. She was a remarkable character.

The story of Mary Poppins’ creator, as this definitive biography reveals, is equally remarkable. The fabulous English nanny was actually conceived by an Australian, Pamela Lyndon Travers, who came to London in 1924 from Queensland as a journalist. She became involved with Theosophy, traveled in the literary circles of W.B. Yeats and T.S. Eliot, and became a disciple of the famed spiritual guru, Gurdjieff.

She famously clashed with Walt Disney over the adaptation of the Mary Poppins books into film. Travers, whom Disney accused of vanity for “thinking you know more about Mary Poppins than I do,” was as tart and opinionated as Julie Andrews’s big-screen Mary Poppins was cheery. Yet it was a love of mysticism and magic that shaped Travers’s life as well as the character of Mary Poppins. The clipped, strict, and ultimately mysterious nanny who emerged from her pen was the creation of someone who remained inscrutable and enigmatic to the end of her ninety-six years.

Valerie Lawson’s illuminating biography provides the first full look whose personal journey is as intriguing as her beloved characters.