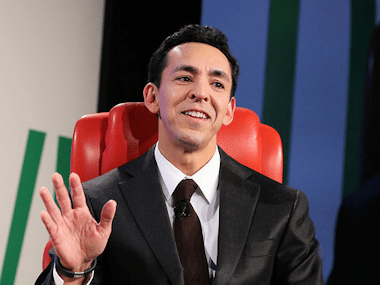 It’s still a month and a half away from launching, but Microsoft’s next-gen gaming console kicked up another messaging controversy over the weekend when Advertising Age reported that the Kinect camera, mandatorily bundled with the system, could be used to harvest marketing data about users.

But Microsoft is flat-out denying that report, saying it was based on a misinterpretation of marketing and strategy VP Yusuf Mehdi’s on-stage presentation at a marketing conference in Phoenix. The reporter did not interview Mehdi to confirm his interpretation of the speech, a company spokesperson said.

The original report quoted Mehdi (pictured, top) as saying Microsoft’s strategy with the new console is to bridge offline and online worlds: “It’s early days, but we’re starting to put that together in more of a unifying way, and hopefully at some point we can start to offer that to advertisers broadly.” However, the company says that line was in reference to content that can carry over from the Xbox One into platforms like the second-screen companion, SmartGlass.

“For example, just as Xbox SmartGlass allows companion mobile experiences that are synchronous to what is being watched on TV, advertisers could create new experiences unifying their content across devices,” the company said in an emailed statement. “The quote from Yusuf in Ad Age is not in relation to Kinect.”

This sounds plausible because just last week, Microsoft’s Director of Product Planning Albert Penello wrote in a forum Q&A that he was not aware of any Kinect-data-based advertising initiatives.

“[N]obody is working on that,” Penello wrote on NeoGAF. “… [I]f something like that ever happened, you can be sure it wouldn’t happen without the user having control over it. Period.”

Indeed, the company’s statements issued today reiterate that same point: “We have a long-standing commitment to your privacy and will not target ads to you based on any data Kinect collects unless you choose to allow us to do so.”

A spokesperson said Microsoft is “actively seeking a correction” to the original story.