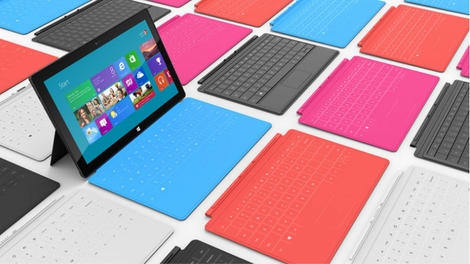 Some suspected that Microsoft was planning to drop the RT moniker from its Surface 2 tablet, which seemed like a logical step considering the confusion it has caused potential tablet buyers. What does "Runtime" mean, anyway?

In a recent interview with Australian tech site ARN, the Redmond giant admitted that the decision was made to address consumer confusion, and now it looks to have repeated the trick by dropping the two-word abbreviation from branding around Surface RT.

A peek at the company's website lists the Surface family in its entirety, which now includes the (rebranded) Surface, the Surface 2 (which also runs Windows RT) and the beefier Surface Pro 2 that runs full-fat Windows 8.1.

Dell Vice Chairman and President of Global Operations and End User Computing Solutions Jeff Clarke urged Microsoft to drop the RT name around a year ago, arguing that Windows devices should be compatible with all Windows applications (and not just those from Microsoft's Windows Store).

Dell pulled its RT-toting XPS 10 convertible from its online store back in September, leaving Microsoft as the sole remaining manufacturer of Windows RT tablets after Samsung, Lenovo and others withdrew releasing devices featuring the struggling platform.

Nokia's recently unveiled Lumia 2520 ships with Windows RT, but you could argue that it doesn't count as Microsoft is due to gobble up the Finnish mobile maker's Devices and Services business soon.