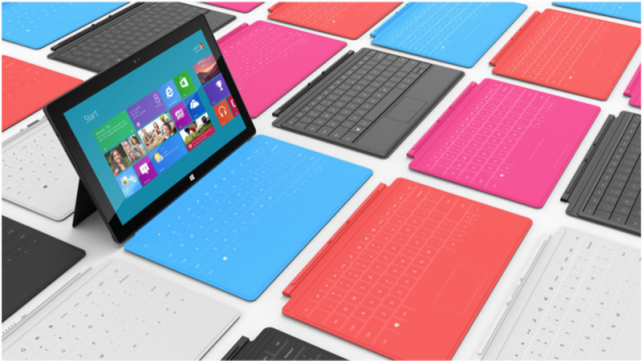 Microsoft’s Surface tablet might have failed to take a real bite out of Apple’s share of the U.S. tablet market, but the Redmond, Wash. company hasn’t given up yet. Instead, Microsoft appears set to unveil an iPad mini-competing Surface tablet at a special media event scheduled for May 20.

Much like Samsung, which is holding its own media event on May 28, Microsoft seems to be hoping to cast a shadow over Apple’s WWDC 2014 conference with its Surface-related press event.

Though little concerning Microsoft’s anticipated announcements has been confirmed, the invitation sent to members of the media seems to say it all: “Join us for a small gathering” is the main text on the digital invitation, which The Wall Street Journal’s Joanna Stern recently posted to Twitter. 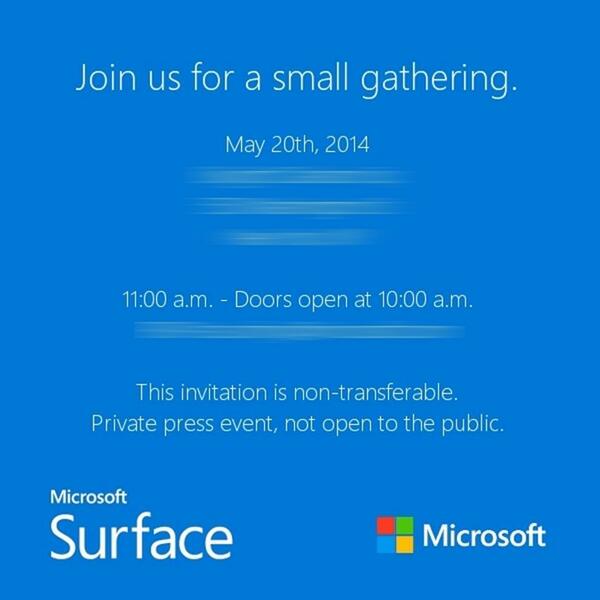 Microsoft has indeed tried hard in the past to persuade customers to choose its own Surface tablet instead of an iPad: previous efforts include iPad-slamming TV ads, Surface discounts when customers trade-in an iPad, and advertisements celebrating Microsoft Office for Surface. Yet of course, Office is now available for the iPad, too.

It appears that a small-size Surface could be the latest in this growing line, and as such it will certainly be interesting to see what Microsoft is planning on bringing to the table. Though at this point, it seems it’ll take more than a “Surface mini” to draw customers away from choosing Apple’s celebrated iPad.

Microsoft Looks Set To Take On Apple’s iPad mini With A Smaller Surface Tablet is a story by AppAdvice.com
AppAdvice - iPhone, iPad, iPod, App Reviews + News
Get the latest tips & apps for your Smartphone