We look forward to the iFixit teardowns, to see what makes a variety of phones, tablets and laptops tick. We also learn from them how repairable such a device is. Today is the turn of the Microsoft Surface Laptop to get this treatment and sadly we only have bad news about the $1000 laptop with Windows 10S.

The first problem is that there are zero screws to access and also it’s very hard to insert a guitar pick or cutter into any area to start prying it open. You are left with feeling it around and simply cutting into the alcantara cover of the keyboard. In the process you will fatally damage some keys, or at least iFixit did. The alcantara layer was very hard to peel off. 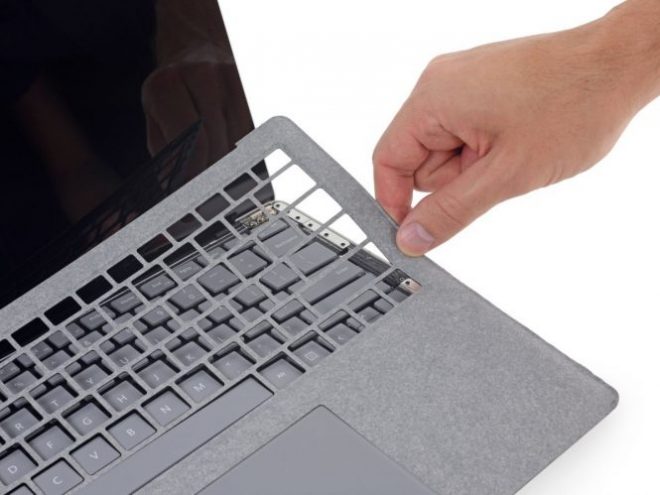 When the fabric is removed, the keyboard also gets lifted. All the big components on the motherboard are hidden behind shields. The battery’s connection to the motherboard is invisible, so you have to remove the fan and heatsink to get to the goods. The motherboard features an Intel Core i5 CPU and 4 GB of RAM. Toshiba makes the SSD storage inside and SK Hynix, Marvell and Freescale provide extra components. 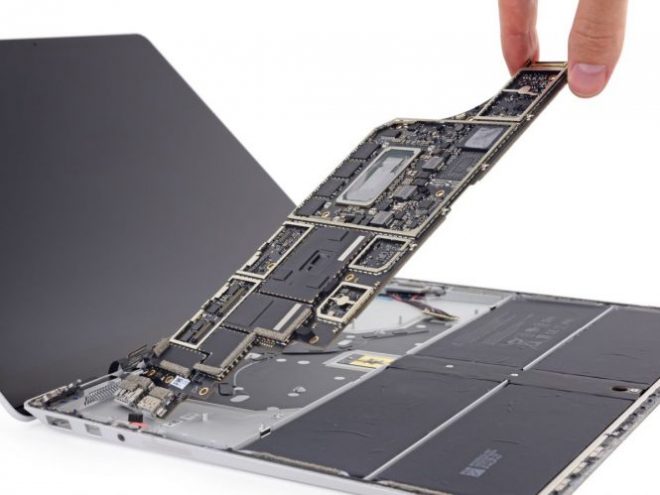 The 45.2 Wh battery is similar to the one of the Surface Pro and it’s totally glued to the innards of the Surface Laptop. This all sounds like a nightmare for the service folks asked to repair the device. There’s a lot of glue in the mix, the battery is dangerous to replace and in order to access the audio jack, you have to remove a ton of stuff.

Thus, it doesn’t come as a shock that iFixit awarded this laptop with a score of zero out of 10 for repairability… Keep in mind that other Surface products also got low scores and the Surface Laptop can’t be upgraded hardware-wise. 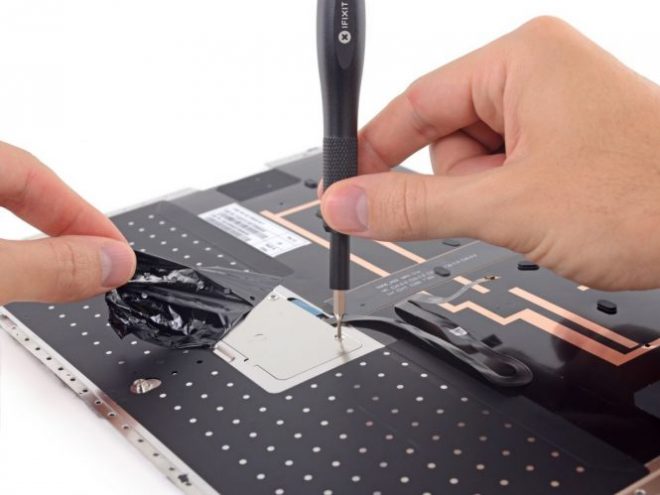