It appears that Microsoft may be adding more punch to the Surface Mini tablet, that has been rumored for a while now. And by “punch” we mean Kinect-style detection, according to some people in the know. Chinese blog WPDang is saying that the Surface Mini will adopt the same type of sensory tech on the Microsoft Kinect. 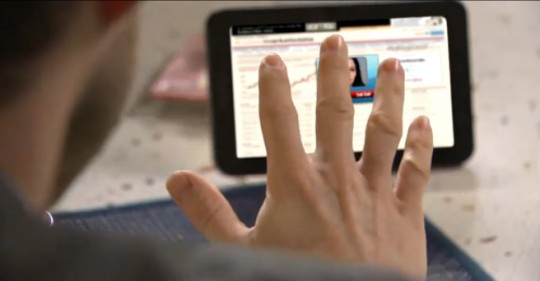 This means that the slate will recognize and react to the face of the user and his hand movements. The same source claims that the feature will be much more developed than the one on the Samsung Galaxy S4 and Note 3. It goes on saying that the Surface Mini would sport an 8 inch screen with a Full HD resolution and it will be powered by an Intel Bay Trail processor.

The device would run Windows 8.1 and we could see a cheaper version of the Mini with an ARM CPU. September is when analysts and experts like ZDNet’s Mary Jo Foley started speculating on such a product, expecting it to be released this year. Now it’s looking more like a Spring 2014 release.