So, I walked up to it and… it looks the same. So what changed besides dropping the number at the end from 5 to just Surface Pro?

I asked one of the reps there that exact question and, despite the looks being similar, apparently a lot…

Microsoft this time around was obsessed with subtle changes that overall make a huge difference. 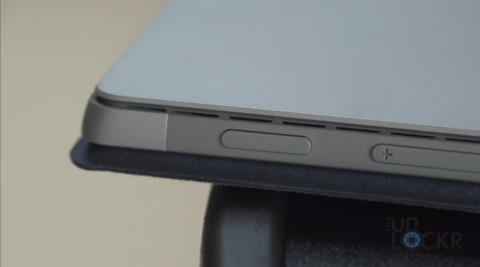 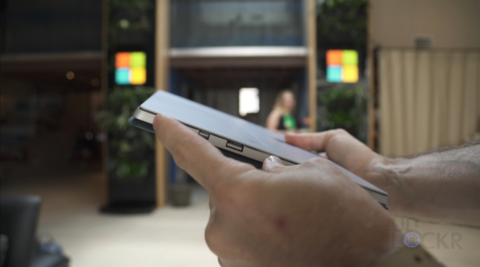 From little things like the inside vents that you can’t really even see that easily being painted to match the rest of the device and make them less noticeable and the edges being rounded slightly to give it a more modern look.

To the fact that the hinge now retracts back to 15% instead of 30% which makes for drawing on it to feel more natural and sturdy. 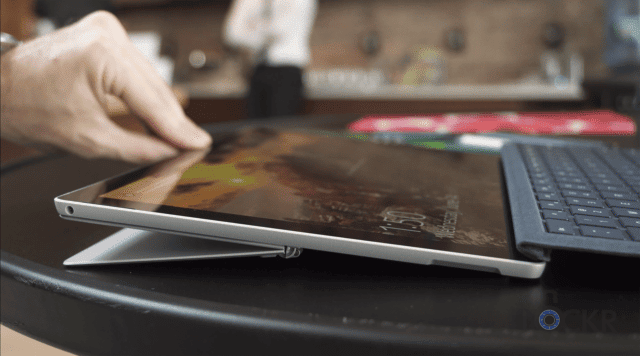 They even colored the front cameras to make them blend in more with the front glass. 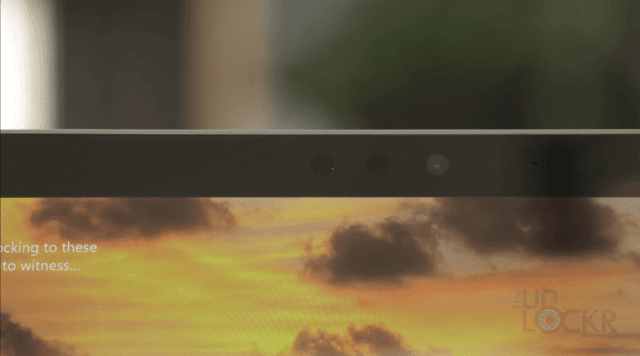 Then the rep smirked as he told me “then on the inside, we basically started from scratch”.

Besides the usual upgrade to the processor which is now the Kabylake 7th gen Intel versions they also rearranged everything inside and added a lot more copper he tells me. The point of the copper is that it helps cool the device a lot better than the last model. So much so that the i5 models are fan-less while the i7 models have a fan but I’m told it turns on much less often than before.

Another part of the internal redesign has resulted in something I’m sure a lot of Surface Pro fans will appreciate (mainly thanks to the much smaller SSD) and that’s more room for a battery.

The battery is now 45 Wh in size versus the 39 Wh from the Surface Pro 4 and that combined with the more power efficient Kabylake processor translate to an advertised battery life that’s 4 hours more than the previous model (bringing it to 13.5 hours).

The extra room inside also means that for the first time, Microsoft is going to offer the Surface Pro in an LTE model (not yet, but soon I’m told). I personally never go for the LTE model of any tablet/computer because I’d rather just tether to my phone’s hotspot but plenty of people prefer having it built in.

Beyond the laptop/tablet, I don’t know what we’re calling these things anymore, the keyboard has been updated, too. It now sports the alcantara fabric to help it match the new Surface Laptop and has the same colors. Besides the fabric and color the keys now have a bit more travel to them and is backwards compatible to work on the old Surface Pro 4 as well. 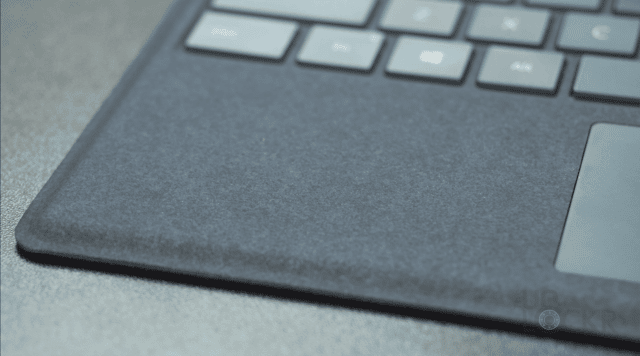 In addition to the new Surface Type Cover, they also launched matching pens along side it. And this new and improved pen isn’t just available in pretty colors, they’re, according to Microsoft, the fastest pens in the world.

The new pen has increased the sensitivity points to 4,096 and has “no perceived lag” when writing with it. They also added the ability to tilt the pen which allows you to use the side of it for shading with a pencil for example (a feature seen in more professional Wacom solutions). 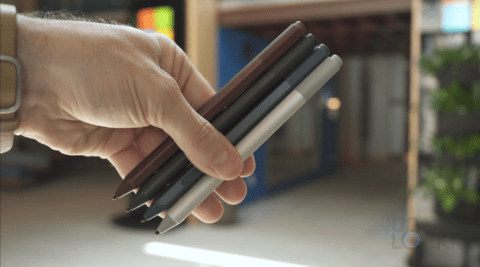 Unfortunately, none of these prices include the Pen or the Type Cover which will run you an extra $99 and $159 respectively. 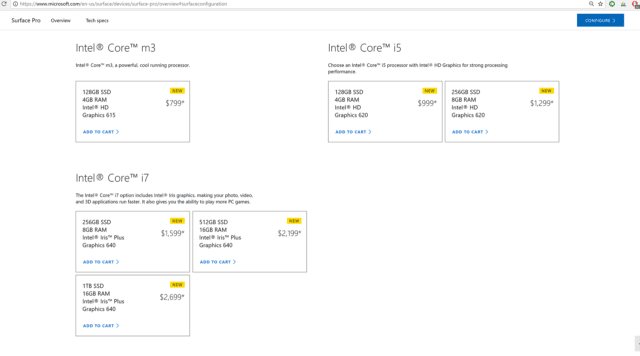 There you guys quick rundown of what’s changed on the new Surface Pro. Also, Microsoft was kind enough to give me a Surface Pro to test so let me know what you guys would like to see in a video with it in the comments below, always love to hear from you guys. And if you liked this video please thumbs up it or share it, it’s greatly appreciate and if you want more tech videos check out my channel and if you like what you see there, please subscribe. And as always, thanks for watching.