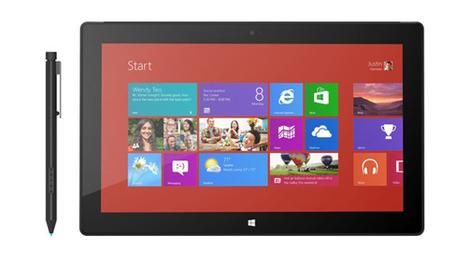 You can get a Surface Pro tablet from Microsoft for a mere £359, including a free touch cover keyboard and £10 credit to spend at Microsoft Store. There's just one catch - you'll have to access Microsoft's website from a Windows XP machine.

Microsoft will check whether you are ordering from a genuine device and will charge you extra if that is not the case, but there are perfectly legal ways to circumvent the check and save yourself a tidy sum.

The end of the support for Windows XP on Tuesday coincided with the general availability of Windows 8.1 Update 1, the second big update to Windows 8.

The Surface Pro has been superseded by the Surface 2 Pro which boosts a better processor. That's not to say that the original Surface Pro is an obsolete machine; far from it.

It has 4GB of RAM, 64GB onboard storage, a 10.6-inche full HD touchscreen display with a stylus, rear and front cameras, a microSD card slot plus an impressive array of connectivity options (MiniDisplay port, USB 3.0, Bluetooth, Wi-Fi).

This version is the x86 based model rather than the often-criticised Windows RT-powered Surface tablet; it also doesn't come with Office. Note that a 128GB model also available for an additional £80.