The popular time obliterating game known as Minecraft has finally arrived on Android today as part of an Xperia PLAY exclusive release. Ironically, the game which is only limited by your imagination is limited to just one handset. Available in both a demo version and a paid ($6.92 US) release, the game acts like a bottomless pit of LEGO blocks and gives players the same experience they would have on the desktop web version. Optimized for Xperia PLAY, the game takes advantage of the added hardware buttons found on the "PlayStation Phone". 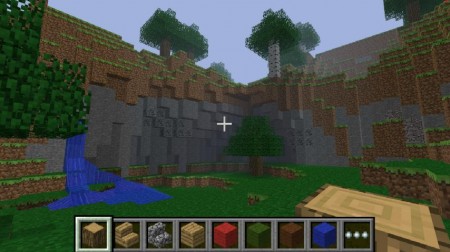