'Minecraft: Education Edition' to Launch on iPad in September

Mac Rumors Aug 21,  2018
Mitchel Broussard Aug 21,  2018 Read Source
Aug 21,  2018
Read Source
Mojang's classroom-focused "Minecraft: Education Edition" will launch on the iPad in September, allowing teachers to incorporate the game into their lesson plans for the new school year (via GeekWire). Minecraft: Education Edition first launched in November 2016 on macOS and Windows platforms, and since then teachers have used the game as a tool to teach students science, engineering, math, history, art, and more. 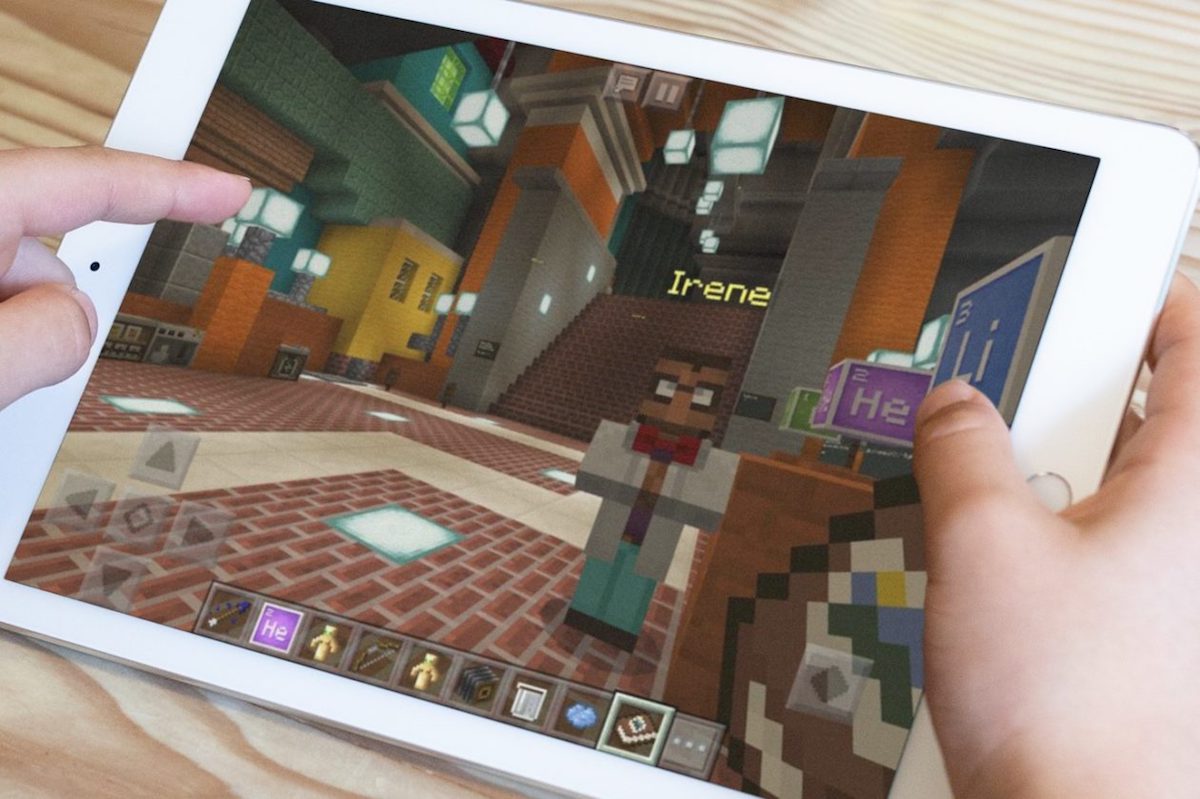 Deirdre Quarnstrom, general manager of Minecraft education at Microsoft, confirmed that students on Windows, Mac, and iPad will all be able to play and connect to one another. The company says it decided to launch Minecraft: Education Edition on iPad due to the number of school districts that already support Apple's tablets in classrooms.


The reason Microsoft added iPad support was straightforward: School districts have iPads and want students to be able to learn about STEM and other subjects with Minecraft on Apple’s tablets in addition to the Windows 10 and Mac OS devices that can already run Education Edition.

However, making the Education Edition work with iPads required optimizing it for “pure touch input,” said Deirdre Quarnstrom, general manager of Minecraft Education at Microsoft. After testing it with a couple of schools, she said, “we’ve made sure it’s a great experience for touch” and will support newer Education Edition features introduced earlier this year.

There are also a few features that first launched in the Education Edition version of Minecraft that have begun appearing in the normal edition of the game, including a "Chemistry Resource Pack." With this pack, players have access to the full periodic table and can use a "Compound Creator" to build basic or complex substances.

Eventually, Quarnstrom says that Microsoft's goal is to "bring over all of the education features and give access to all players," except for the administrative classroom tools for teachers. "Bedrock" Minecraft (what the company refers to as the consumer version) is on 21 platforms, compared to Education Edition on three with the upcoming launch on iPad.

For teachers getting started with Minecraft: Education Edition, the game's website includes resources like pre-made lesson plans, helpful tutorials, and starter worlds that'll make it easier to acclimate students into the game's mechanics. There's also a "Minecraft Mentors" program that educates teachers on all of the basic principles of the game, along with how it can be adapted to their classrooms.

Tag: Minecraft
Discuss this article in our forums