Mirror’s Edge: Catalyst feels better than the original in every way 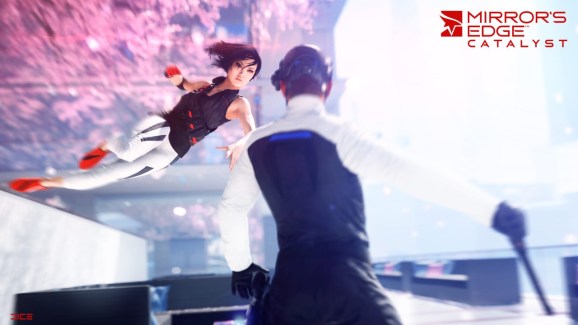 LOS ANGELES — Mirror’s Edge: Catalyst makes me happy. I’d scream my joy over the rooftops — if, unlike series hero Faith, climbing a few flight of stairs didn’t wind me.

Catalyst is a sequel (well, technically, it’s a prequel, but whatever) to 2008’s Mirror Edge, a first-person game that focused on running, jumping, and climbing instead of shooting. The new entry is similar to the original, but everything feels better. And no, I’m not just talking about the graphics, which definitely feel more vibrant thanks to the leap in console generations (Catalyst is coming out on PlayStation 4, Xbox One, and PC).

While the original Mirror’s Edge was a linear affair, Catalyst takes place in an open world. A demo I played at the Electronic Entertainment Expo in Los Angeles plopped me into the downtown area of the game’s city after a short introduction. From there, I took on three missions that each focused on different parts of Faith’s strengths. One was a simple race that had me run through a specific path over the rooftops. A different one forced me to run through a group of enemies that I had to dispatch with melee moves powered up by momentum (Faith doesn’t use guns). The last one was more of an environmental puzzle. I had to find my way up to a specific billboard, so I could hack it and get rid of some propaganda. 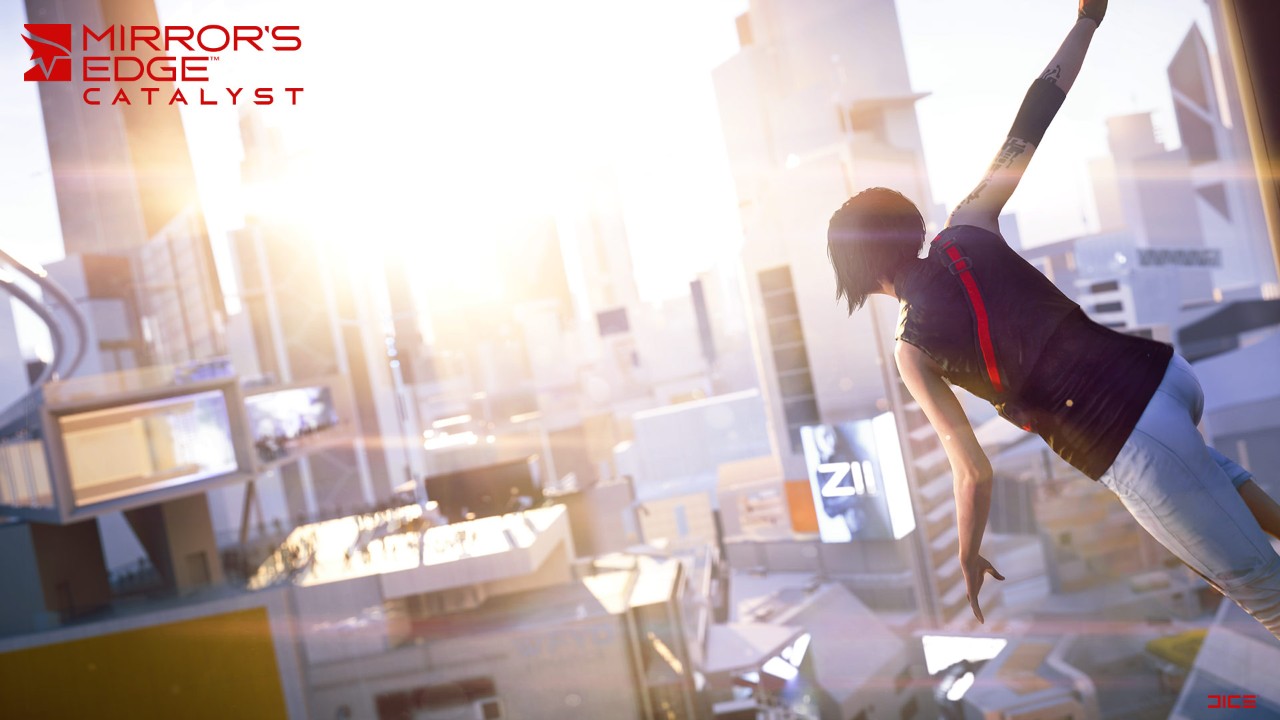 Above: You can explore this city.

Each one felt great to play thanks to Mirror’s Edge fluid controls, which are similar to the original. One button is in charge of upward movements like jumping and climbing, while another controls downward moves like sliding and rolling. It sounds simple, but you can begin to combine these inputs to run around the city like an acrobat, springing yourself off of a box, running across a wall, and then jumping on an enemy below.

Catalyst adds a sense of exploration thanks to the open world. After I finished all three missions, I was able to simple run around the city. Even though I could go any direction, each path felt as perfectly designed as any of the linear segments in the original. I also found hidden items that rewarded my exploration, and I could easily see myself spending hours with the finished game just running around the city and collecting all of them. You can also set a marker in the map, but the world highlights objects in red that will help you reach the area you want instead of just drawing a path there on the ground.

The final thing I noticed was how much better the cutscenes looked, which might not be that surprising. The original Mirror’s Edge used Flash-quality 2D animation to move the story forward. This time, the plot moves along with cutscenes from third-person and first-person perspectives that look similar to the actual game. It feels more organic, and it certainly looks much better.

So, fans of the original Mirror’s Edge really should look forward to Catalyst’s release on Feb. 23. It seems like developer DICE has a follow-up that knew exactly what to leave alone and what to improve.