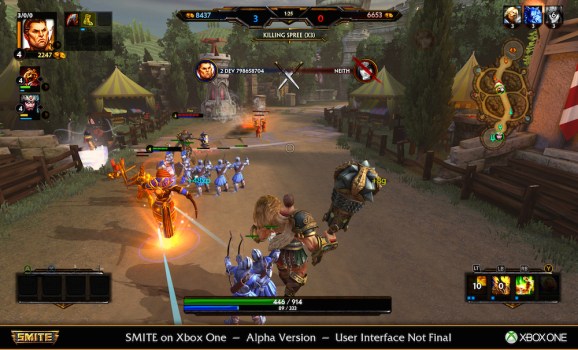 Now you can check out that whole multiplayer online battle arena (MOBA) craze from the convenience of your couch.

Smite has begun its open beta on Xbox One, meaning anyone can download it from the Xbox One store and play it. Smite is a free-to-play MOBA, similar to massive hits League of Legends and Dota 2. However, while those games have top-down views, Smite has a third-person camera. This has helped it transition well to a console control scheme, while League of Legends and Dota 2 are only available on PC.

You can link your PC account of Smite with the Xbox One version. Developer Hi-Rez Studios says that Smite already has 8 million players. Not bad, but the MOBA king, League of Legends, has about 67 million monthly active players.