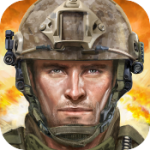 It's kind of interesting how long-legged some games are in the App Store, especially compared to the traditional gaming market. Sure, Gree's base-building military romp Modern War [Free] is a bit long in the tooth, and is very similar to the even older Crime City [Free], but it's still as popular as ever. While it is, like fellow iOS offering Modern Combat, clearly riding off the success and fame of Call of Duty, its approach of taking similar settings and applying them to a different genre probably opens this up as a companion piece for Call of Duty fans, rather than the more difficult road of trying to dethrone the king. Whatever the reason, in the vein of our other guides, I've put together some advice and tips for those who are just getting into this one now.

The first thing you should do is to decide exactly what your goals are with playing this game. Are you more focused on working your way through the single player content, or are you looking primarily at multiplayer success? Depending on what you'd like to do, you'll need to build your forces and spend your skill points from level-ups in different ways. 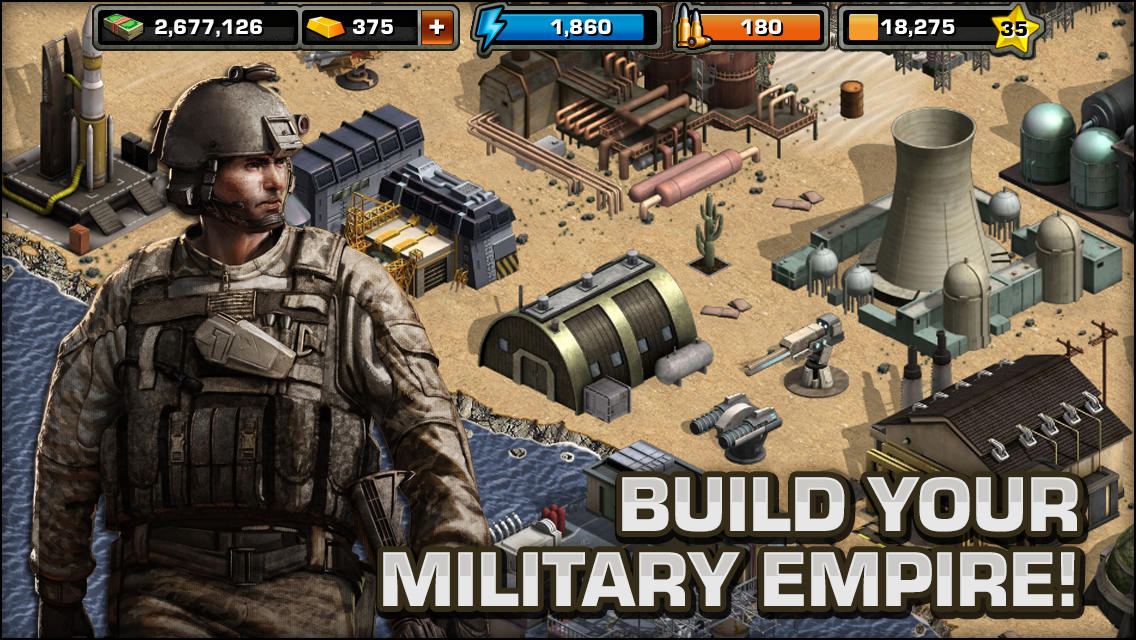 Invest heavily in money buildings in the start. You're going to need lots of money if you don't want to spend real money, and the best way to do that is to get the money-making buildings laid down and upgraded as soon as possible.

Always keep the plates spinning. You can be building something and upgrading something at any given time. Whenever you're finished a play session, make sure you've got one of each on the go. The real-time waiting is a big killer in these types of games if you're not someone with infinite pocket cash, so make sure you cut down on it by ensuring you're always getting things going before you stop for a while.

Use the ten gold the game gives you as you like. It's not enough to buy anything. It's nearly worthless, in other words. So if you want to speed up a couple of timers with it, go nuts. There's really no way to get more gold in this game except by spending your real cash or using Tapjoy. 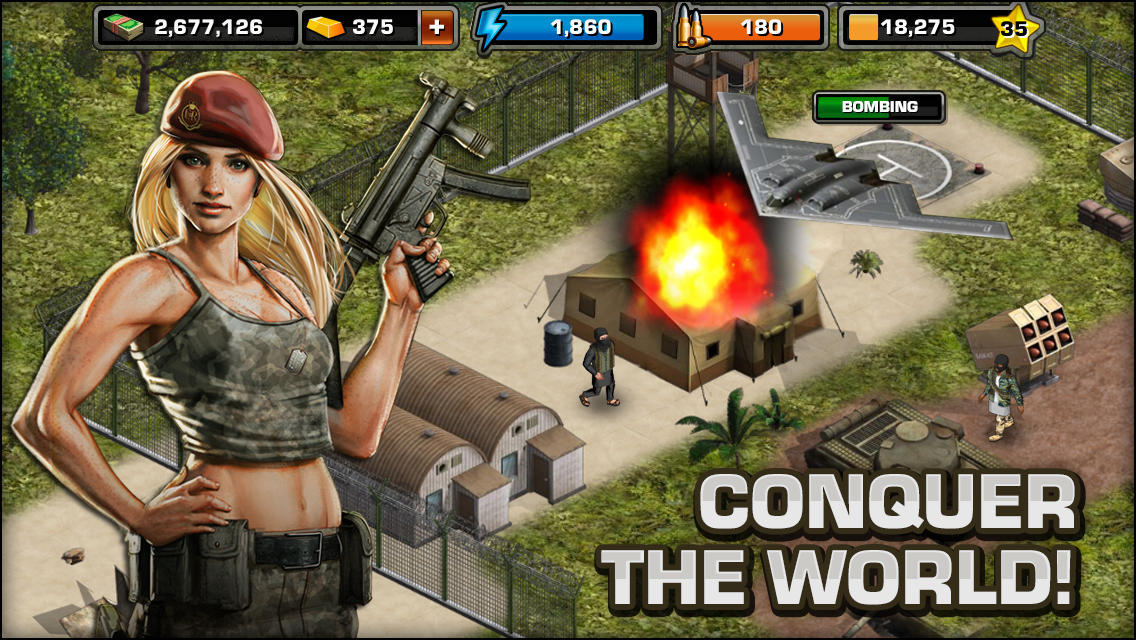 Follow the missions, but don't just follow the missions. You should be building and upgrading things at all times, not just when the game tells you to do it. Additionally, if you need extra money, go ahead and kill more enemies in the enemy zones. At the same time, make sure you're following the missions, so that you can collect the XP and other rewards that come from doing so.

Sink your experience points into energy. All of them. Seriously. If you're playing single player, energy is the most important stat. It determines how long you can play before having to wait again. How high you should build this should depend on your own personal gaming habits. If you're only going to play once a day, build this stat up to a thousand points or more. If you're going to be playing several times during the day, you don't need it quite as high.

Iran is the best choice for single player. Yeah, I know, I doubt many English players want to be using Iran of all countries, but every country has their own unique bonus, and Iran's is a 10% boost to energy recovery, which helps you regain energy more quickly and therefore finish missions at a faster pace.

If you run short on money, farm high ranking enemies. If you have a big energy meter, you'll be able to slaughter them again and again and build up a good bit of cash in pretty short order. It's kind of a poor way to go about things, especially early on, but in a pinch, it'll basically let you convert energy to money. 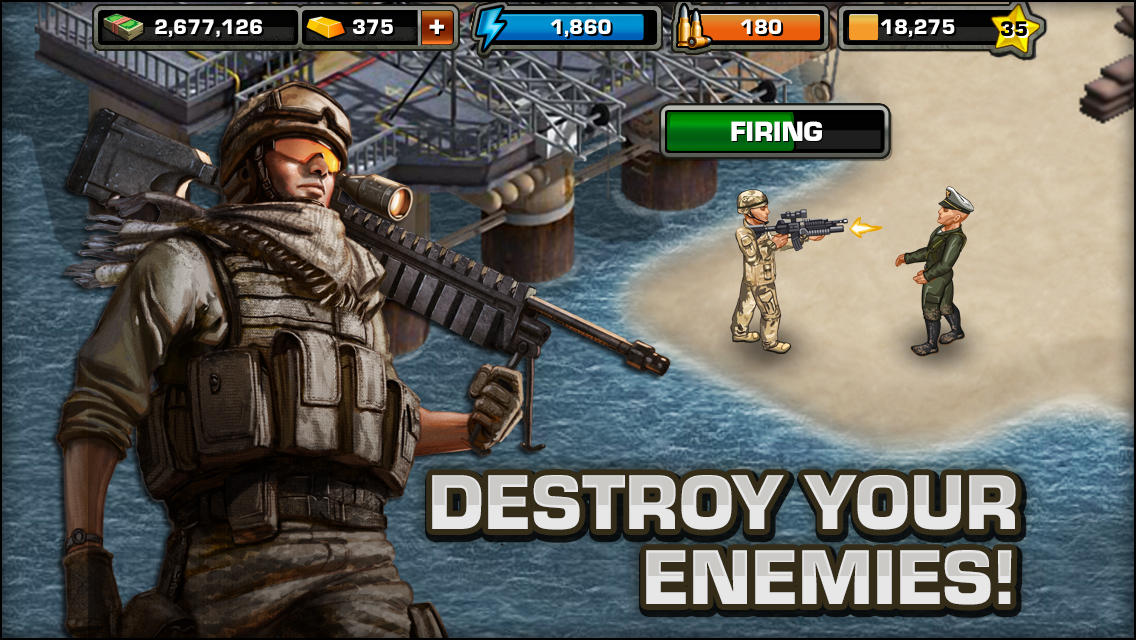 Russia is probably the best choice. There are lots of ways you can go here. America gives you a bonus to restoring stamina points, which allows you to attack others more often, but in the long run, this bonus isn't going to be a very useful one. The air units in this game are very strong, particularly if you don't have access to units bought with gold. Russia offers a bonus to air units, and as a result is probably the strongest country in the game in terms of pure power.

Put lots of points into the attack stat. This will give your attacking units a big bonus, and it goes without saying, it's quite useful if you're the attacking sort. Don't worry as much about defense. It's possible to build a strong enough defense without the benefit of bonuses.

Build your stamina stat. Again, this should match your playing habits. Each attack consumes just one stamina point, so you generally won't find yourself as short on stamina as you would on energy in single player. If you're playing just once a day, though, you might want to boost this one up evenly with your attack boosts. Otherwise, pump it up a bit, but it's probably not worth focusing on in lieu of attack.

Watch out for 'mock turtles'. It's possible in Modern War, and not a bad strategy, to build up economy and forces without leveling up very much. This is called mock turtling, because you appear low level, and will be pooled in with low level players when it comes to raid/attack targets, but you're obviously much stronger than you appear to be. Make sure you check out any potential target by choosing 'raid' first, which lets you check out their base, giving you a good measure of their actual power. Don't throw away your resources on impossible targets.

Invest in air forces. Upgrade your airfield as well as your advanced airbase to gain access to powerful units like the stealth bomber. Without gold units to fall back on, you're going to want to stockpile on powerful attack jets and bombers to boost your attack rating.

Upgrade your vault and don't forget to use it. If you go on the attack a lot, you're going to be inviting a lot of revenge strikes. The vault will keep your money safe in the event of an attack, and while it has good value to anyone, it will have especially good value to someone who is always attacking others.

Make lot of allies. Allies boost the number of units you can deploy, making your forces stronger on both attack and defense. You can also earn some extra money by visiting their bases. This game has cooled a bit on our forums, but you can still find plenty of allies the old-fashioned way: by checking the reviews on the App Store. 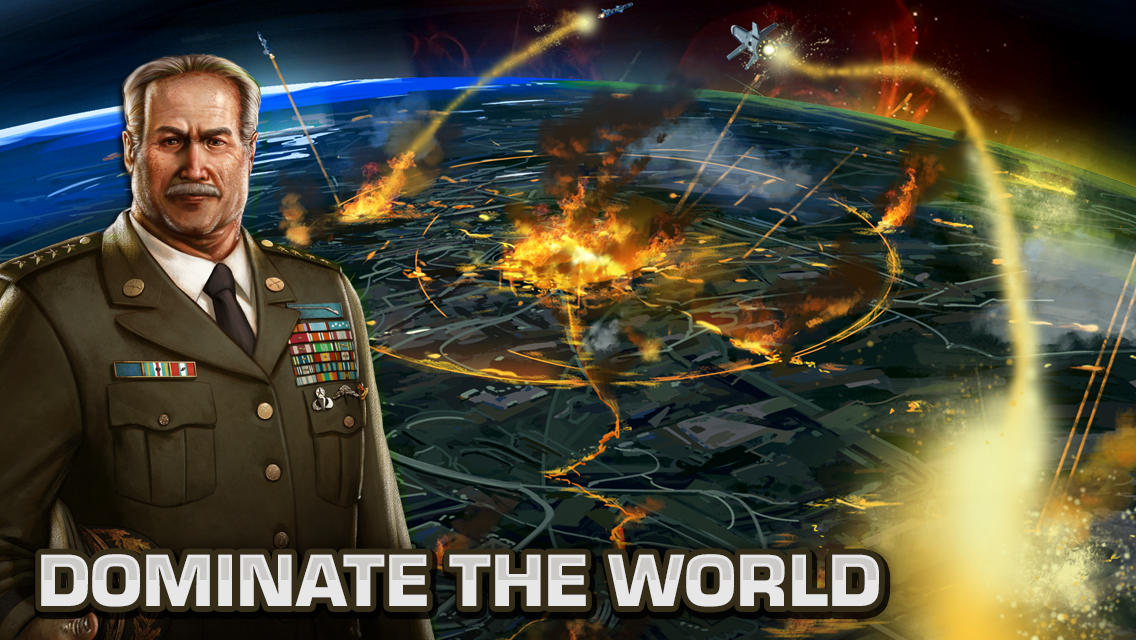 That's all the advice I have for you for today. Hopefully, with these tips, you can get yourself established well enough to achieve success in Modern War, no matter which style of play you prefer. Now, when am I going to get a new real version of Cannon Fodder out of this military video game boom? I'll even accept a simple port to iOS!