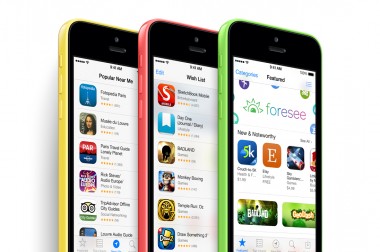 Has Apple reduced orders for its new iPhone 5c? A growing chorus of reports suggests that it has.

Earlier this week, The Wall Street Journal reported that Apple has told manufacturing partners Pegatron and Hon Hai to ramp down production of the device. Reuters echoed that report later the same day, and now NPD DisplaySearch is making similar claims.

In a report published Friday, the research outfit said recent channel checks suggest that Apple has dialed back iPhone 5c production by 35 percent, while increasing iPhone 5s production by 75 percent. NPD attributes the 5c production cuts to demand weakened by the device’s higher-than-expected price. “Rumors about iPhone 5c being ‘cheap’ were circulating as early as Q3 2012,” NPD analysts Tina Teng and Shawn Lee theorize. “The fact that the iPhone 5c is nearly identical to the iPhone 5 — and is not cheap — disappointed some consumers.”

As Apple CEO Tim Cook said in January, “I’d recommend questioning the accuracy of any kind of rumor about build plans. I’d also stress that even if a particular data point were to be factual it would be impossible to interpret what it really means to our business. Our supply chain is very complex and we have multiple sources for our components. Yields can vary, supplier performance can vary. There’s just a long list of things that would make any single data point not a great proxy for what’s going on.”

Apple reports fourth-quarter earnings on Monday, October 28. The company did not respond to a request for comment.