Samsung is gearing up to announce a follow-up to last year’s Samsung Galaxy S4 Zoom next week, and more new photos of the thing have leaked. We don’t get any front-side shots of the Samsung Galaxy K, though we imagine those who are interested in this are more concerned about what’s sitting on the back. 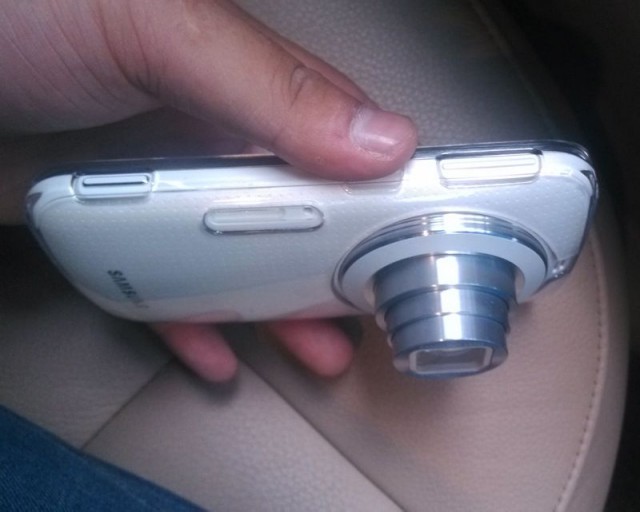 That nice, big zoom sensor is right where it should be, and while it doesn’t fit flush inside the rest of the chassis, it looks a lot more natural than the wavy shape of last year’s model.

The device appears to be sporting some sort of clear case in these photos. We’re assuming that’s not standard with the device as the first leaked shot of this thing didn’t have such a case. It looks bulky because of it, but the device actually seems to have the slim form factor Samsung is expected to promise. 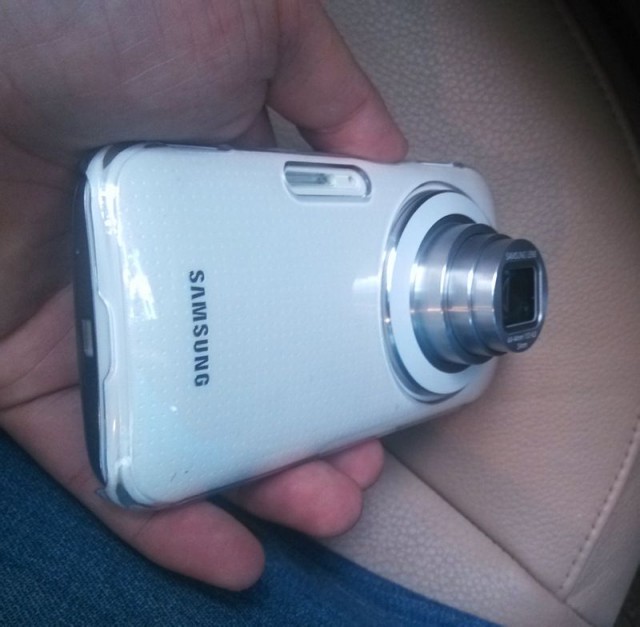 Not in the know about what they’re announced April 29th? Here’s everything we know about its specs so far:

Not the most ground-breaking device in terms of performance, but we imagine those interested in this device only care about the imaging equipment attached to its backside. All eyes will be on Singapore next week, so circle back for the full details once they’re finally made available.